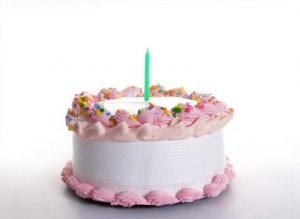 It may be hard to believe, but today is Current Releases' first birthday. It was exactly one year ago today that we first shared our honest critical opinion of Inglourious Basterds, in a move that could be considered out of character for a Web site famed for mocking Sarah Palin, pointing and laughing at furries and sharing the joys of goatse with the rest of the world. To celebrate this momentous occasion, we are going to eat a delicious cake and not share any of it with you. To ensure you're not offended by the lack of cake-sharing, we have another two reviews for you. Joseph "Jay Dub" Wade has explored all three dimensions of Piranha 3D, and Martin R. "Vargo" Schneider is morally outraged by The Switch.

EXPECTATIONS: I'm getting seriously mixed messages about Piranha 3D. On the one hand, the trailers and cast interviews make me think this will be a fun goof on all the serious slasher flicks that have clogged multiplexes since time immemorial. On the other hand, everyone I talk to seems to think it'll be a stupid movie that won't be worth seeing because it looks goofy and dumb and because piranhas are totally not scary. Who do I trust, the ad executives who always lie to me, or the general public, who is always wrong?

REALITY: In a strange turn of events, they're both kind of right. Alexandre Aja's "reimagining" of Joe Dante's 1978 original isn't quite the horror comedy for the ages that early buzz promised, but then it's not an out-and-out abortion either. Piranha 3D fully embraces the fact that it's really just a big, dumb Jaws ripoff, and decides early on to go for the one-two punch of cheap scares and lots of 3D boobs.

The film opens with Richard Dreyfuss fishing out on Lake Victoria (singing "Show Me the Way to Go Home," in case you still didn't get the joke), when an earthquake shakes loose a passage to an underground lake, through which thousands of flesh-starved piranha emerge. It's not long before the piranha discover all the Spring Break morons partying out on the lake, and then all hell breaks loose, as it tends to do in this kind of movie. Leading the fight against this man-eating nightmare are Sheriff Forester (Elisabeth Shue), her deputy Fallon (Ving Rhames) and her son Jake (Steven McQueen, grandson of Bullitt).

It's like it's coming right out of the screen!

Now, the first thing to know about Piranha 3D is that the first half of the movie is boring as shit. It's all setup, so it ought to be important, but it's pretty obvious they realized nobody cares about the setup in a horror film, so they give us a bunch of girls in bikinis dancing on boats instead (IN THREEEEEEEEEEE-DEEEEEEEEE!). Then apparently someone decided you can never have too much of a good thing, so they used every single topless shot they could find in the editing room to stretch the thing out to 40 minutes. For a while, I thought this really was going to be a throwback to those schlocky '80s horror movies where nothing fucking happens. But then they meet the piranhas, and the movie finally shifts from neutral to first gear.

The real stars of this particular show are clearly the CG piranhas and allllllll the 3D breasts. The actual actors and their respective roles are pretty much irrelevant. The movie is rated R for "strong bloody horror violence and graphic nudity," and boy does it deliver. While it may at first seem like the movie is front-loaded with close-ups of 3D knockers, it later becomes clear that director Aja is dedicated to his mission. When the big piranha massacre takes place, he's not at all shy about shoving naked girls with graphically chewed-off legs in our collective faces. "Lookit," says Aja. "Lookit the gory, gory body parts! Not so sexy now, is she?!"

Which brings me to probably my favorite thing about Piranha 3D: The gore. Now, I know what you're thinking. "Your favorite thing in a movie about topless chicks getting eaten by piranha isn't the topless chicks? Man, you crazy." Maybe I am. Or maybe 40 minutes of 3D boobies leads me to believe there CAN be too much of a good thing. But anyway, the gore. Once the piranha start chomping, Aja isn't afraid to show us the damage done. The first couple of bodies aren't any worse than anything you'd find in Jaws, but when the big piranha massacre begins, it's like they all watched a couple of old Peter Jackson movies and agreed to try and top that.

Bodies get sliced in two, legs are chewed to the bone, eyeballs get devoured, 3D tits and wangs get chewed off, piranha chew clean through victims' heads... It's gross. And wonderful in the most disgusting way. If you're a fan of any of Jackson's old horror movies (Braindead in particular), then you'll really get a kick out of the Piranha 3D finale.

One thing that struck me about the structure of the movie is how closely it mirrored Eli Roth's Hostel. The first half is all about reveling in the general debauchery of college kids at Spring Break, with all the shitty dance music and bare, 3D bosoms that come with it. (Oh, to be young and retarded again.) Once the movie starts following conventional horror film law by establishing that being a sexy teenager looking for a good time is totally not cool, they send in the troops to clean it all up. And by troops, I mean piranha. Then the second half of the film features vicious attack after vicious attack, all presented in glorious, post-conversion 3D. This time, instead of trying to gross us out by having our innocent victims tortured nearly to death, they're straight up eaten alive in a number of hilariously rendered death scenes. Eli Roth even shows up for the big massacre scene; again, just to remind you of what Aja is up to.

(Just as an aside, I would love to have been in the room when someone pitched "Hostel meets Jaws... in 3D!")

Now that I think about it, why don't other movies apply this tactic of having people cameo during references to their own work? Matt Damon should have had a cameo in Salt, just to get all the Bourne comparisons out of the way early. Or why couldn't Bob Hoskins and John Leguizamo have made an appearance in Scott Pilgrim vs. The World to remind us of how much better this video game movie is in comparison to theirs? I realize it's practically one step removed from a character in Vampires Suck pointing at a guy dressed like Edward Cullen and going "Hey look, it's Twilight," but this seems like the smart version of that gag.

Anyway, is Piranha 3D for you? Do you like gore? Do you like 3D jugs even better? Do you think you can stomach all the terrible 3D effects that make the movie look like the world's most R-rated pop-up book? Does the idea of Jerry O'Connell playing that guy from Girls Gone Wild appeal to you? Does it appeal to anyone at all? Do you think seeing this movie will improve your knowledge of marine life, or your sense of self-being in general? If the answer to one of these questions is yes, think twice before going. If the answer to two or more of these questions is yes, then just go already. You might thank me later, but you'll probably just hate me.

MINORITY REPORT: During my time in the jungles, I had a run in with a particularly nasty strain of piranha that could strip a man to the bone in seconds. One associate of mine met a gruesome end at the teeth of these creatures when the two of us went out alone on a rowing boat in the middle of the night. The fact that I survived the encounter and that the boat was not overturned, along with the fact I was only able to fire one round from my service revolver that was subsequently lost, were all deemed miraculous. -Montague "Legally Sane" Smythe