I wonder if Trent Reznor has such a tortured existence because of damage done to him as a child. For example, I wonder if his mother only cooked dinner once every 6 years or so, and in between he had to eat leftovers or hideous new dishes made from the scraps of the old dinners.

And sorry, I don't have a long enough mullet to know the names of any Metallica records.

Well the band can't play their instruments, the singer can't sing, and the lyrics are about the crushing pain of life. Sounds like a recipe for the most revered post-punk band ever, all right! Too bad Ian Curtis is dead so we didn't get to see his long, Robert Smith-like spiral into mediocrity and irrelevance.

The Stone Roses are maybe the most comically miserable failure of all time. Jesus, think about how much hope was tacked on to those guys. It's almost like John Squire somehow took all that hope, ran it through some kind of drug lab and produced something 10 times stronger than cocaine, then snorted it all and created the most disappointing sophomore record in the history of the world, quit the band, and faded happily into obscurity. I bet he's still got huge fucking crates of hope-caine lying around his house that he snorts at his leisure. Also, what's with the fact that Ian Brown and Mani, the ones that we all thought were the untalented half, are the only ones who've made decent post-Stone-Roses material? Weird.

As for The Fall, you could either go to a record store and buy all 400 Fall records or just go to the .99 cents bargain bin and pick out 400 records from that. The latter would be cheaper and would almost certainly yield more listenable music. 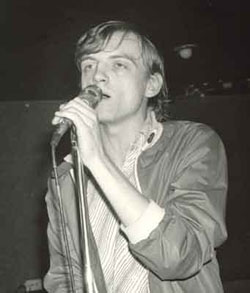 Now, there are a lot of shitty frat-boy bands, but Sublime is the band for those who would be frat-boys if they had actually made it into college instead of being too stoned to finish high school. I remember when they were semi-amusing, then the lead singer died, then the popular press elevated them to the status of tragically-cut-short-rock gods, apparently on the basis of their mediocre self-titled record, which even for them was a step backward.

You have to give credit to the band who basically started the "not good enough for very many people to like, but just good enough that the few people who DO like them will rabidly shove them down the throats of the people who don't" scene, which has today blossomed into the putrid flower we know as indie rock.

Oh boy, another album dripping with heroin-soaked melancholy. Let me just tuck these away in a corner and maybe someday when I'm contemplating suicide I'll bring them out and use them to push me over the edge. Oh, but I'll skip all the songs about Jesus, because they'd just distract me.

If you're a fan of getting into fat girls' pants, Dave Matthews Band CDs are the greatest invention since a ham on a fishing pole.

Crazy Town? What a fucking non-entity. I can't believe anyone even remembered that shit enough to post it in this thread. My friend just told me their lead singer's name is "shifty shellshock" or some shit like that. If you need a name that fucking stupid just to assert your masculinity, then your masculinity is in serious fucking trouble. Remember that video where the dude was wearing a DARE shirt? Even if that was ironic, that's gay as hell. Also, that song took a sample from a Red Hot Chili Peppers song, didn't it? You're in dire fucking straits if you have to sample such a weak band just to get a hit song. You might as well sample... Dire fucking Straits.

And motherfucker, if you even NEED me to rip apart Limp Bizkit for you, you've got issues. If you can't just look at Fred Durst for 10 seconds yourself and decide that he's a pansy-ass dipshit in a hat, then you need some help getting through life. Better hire some aides to tell you when someone is a retard, because if you can't see it in Fred Durst then you can't see it in anyone.

Did you ever hear that 311 song Amber? That was probably some of the most ridiculous hippy dippy shit I've ever heard in my life. "Amber is the color of your energy..." Did he steal that directly out of some Feng Shui manual about chakras and shit?

I see you like bands from the "giant pussies with pianos" category. Can I recommend some Billy Joel?

robotic requested:
Bela Fleck, Mozart, John Coltrane, and Charlie Parker. Or are you sticking to making fun of bland pop? These should be a good challenge for you.

Oh what the fuck, you're one of those bitches, are you? Take your fucking jazz phrasing and shove it up your trumpet. I don't even know what to say about John Coltrane and Charlie Parker. I have this sneaking suspicion that anyone who says they like that shit is just pretending so he can look cool to old people.

As for Mozart, that's not music, that's some fucking "art" or something. 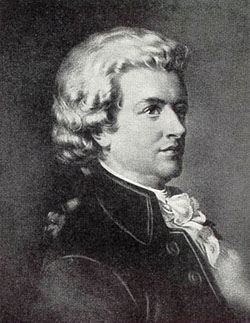 God, if you want to sound a little bit cool to the average person and yet you have no fucking hope over ever in your life understanding music even a little bit, then your best bet is to like the Red Hot Chili Peppers. They've got something for everyone! Guitars, and drums, and a bass player who's ugly and in movies, and, uh, some kinda-rapping with the same rhyme pattern over and over in every song. They're simple enough that you'd have to be a huge goddamned moron not to understand them, so if you ARE a huge goddamned moron, it's not too much of a mental stretch to just choose them as your favorite band.

Paul McCartney: Now, we all like to pick on Ringo for being the worthless Beatle, but the tide is fucking turning against you, Paul. First there was letting your tone-deaf wife sing with you. Then there was fucking Wings. Then there was your constant bitching about not being listed over John Lennon on the songs that you wrote. Well listen here, champ, John Lennon fucking carried you, and you should be thanking God every goddamn day that you're even mentioned in the same breath as him. Just go back to banging out Hey Jude on your piano 365 days a year and getting richer and richer and releasing stupid rockabilly records for fat old women who don't know what music is. You're rich, you're stupid, you used to be kind of cute. So QUIT FUCKING WHINING.