Vor-Com, submitted by Zork J. Foxfire.The only thing I hate more that furry vores are furry vores. If I ever got cancer I might hate that more, but it would have to be really bad cancer that went on for years and made my hands fall off. I just don't understand these people. I tried, I really did. After hundreds of vivisections I have still not learned what makes these sick humanoid rejects tick. At what point did they turn from a normal teenager or young adult and say "Hey, I'm a fox!". And then going even further, "I'm a fox, and I jack off thinking about being eaten whole!". Is America the only place with furries? Are there any furries in India? I bet there's none in Africa because it's too hot. It's a mystery. 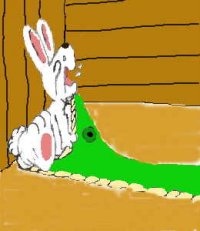