Saturday, Oct 28, 2006 by Corin Tucker's Stalker (@DennisFarrell)
Know of an awful site? Send it to us and become a hero!

This is the first time I've ever styled my beard this way. For a long time, I thought I'd never try it this way. Now I think I may keep it this way. This was snapped today, on June 4, 2006. 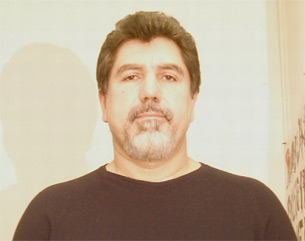 I've been very heavy-handed with this website lately, Giuliana. I removed most of the previous material that was here, because I think most people would have difficulty comprehending it the way we would, Giuliana. Well, here's a restart, Giuliana. I redid yours first, because it had less material to go over, Giuliana. I hope you like the new look, Giuliana. No one but the harasser ever complained about the old style, though, Giuliana.

This guy writes like Neil Cavuto delivers his monologues. He's also a master of comedy.

I Was was going to specialize in jokes about Joan Rivers, but they're too hard to come up with, just like it's too hard to get it up with Joan. Not only that, my true life story is so tragic, it's funnier.

That commercial with the insurance agent with the stiff-from-being-overused underwear over his head, that was the punishment for not giving the lowest insurance quote. That was Joan River's underwear, by the way. AAAAhhhhhhhh ! ! ! . . .

Joan always said, you don't want to see what's under her clothes; believe you her! Well, someone said Melissa Rivers was thinking of having plastic surgery. Do you think she looks the same as her mother under there? Do you think that's what it's about?

Oh yeah, I was going to talk about myself. The other night, I came home at 4 or 5 in the morning from a night in West Hollywood. At 47, she still scolds me for being out late. I mean, how old do I have to be to get to stay out late? Can you tell me that?

I was going to joke about my father not letting me screw broads in his house, but I just heard a similar line like that in a sitcom the other day.

Well, Steven, thank you for sharing your jokes with us, Steven. It's obvious that you should go on tour, Steven, with a standup comedy act, Steven.