This Article Is Soda-mn Good

Lowtax and Fragmaster are one of the all time great comedy duos, along with Laurel and Hardy, Abbott and Costello, and the Clintons. Today they have created an article about delicious "energy" drinks and it's a laugh riot! Read about their experiences and get e-Dew-cated on the finer points of harming your body with the power of caffeine.

My job is pretty great here at Something Awful because I'm officially considered a front page "writer", despite the fact that I do very little writing at all. Some of this is due to the fact that all I have to do is copy and paste interesting crap from the SA forums to avoid getting fired. It's also partly due to the fact that I am a lazy lazy man and spend most of my days dreaming about becoming a famous sportsman, astronaut or clockmaker instead of contributing anything of worth to this website, or society in general. Today I decided to create a Comedy Goldmine available to read here which can be enjoyed by man, woman, child and beast. Hopefully no one will notice that I don't do much here and I won't be demoted from "writer" to "contributor", or even "cancerous entity eating away at all that is good and pure".

In the search for free MP3s torrents of World of Grand Theft Auto 5, I stumbled upon this site. I literally have no idea what it is supposed to be used for, but since the URL contains the words "labs" and "daylife" I imagine it has something to do with a bunch of scientists in white coats measuring time or possibly time AND space. In a remarkable coincidence, today is the day that I planned to offer feedback to the SA writers from the perspective of one of their colleagues. I was able to use the Lab Coat Science Time Day Experiment website to measure my co-workers performance and had enough time to enjoy a drive through MegaLibertyCity as a black guy on a horse performing drive-bys on orcs in low-riders. I now submit to you my findings.

COMMENTS: It's been another remarkable year for Josh. A lot of industry experts assumed that the niche market for "pigs-read-review-rusty-showcase" material was coming to an end, but Mr Boruff (I am pretty sure this is not a real surname and most likely an obscure Ali G catchphrase) has blown us all away. Taking elements of "ducks" and adding them to "Steve" was a masterstroke. Can Livestock continue to silence his critics? I'm hoping for a lot more "front fun" from this particular "gentleman" as we move into the latter half of 2008!

COMMENTS: Wow. Where did it all go wrong? Coming into 2008, Abraham was a hot commodity, much like an overpriced WoW character created by a malnourished Asian adolescant. But it ain't 2007. Maybe Abe didn't get that memo. Because he seems to still be under the impression that he can trot out Ric Flair article after Ric Flair article after yet another repetitive Ric Flair article. We get it, Caylen. You're a girl who has the hots for "Pro Wrestling's Nature Boy". But it's time to move on. You've shown glimpses of promise by covering the often overlooked "Ron Paul Vs North Pole" debate in your writing, but each and every time we hope you move on, you go back once again to blabbering about the master of the Figure Four Leglock. It's time for this aging warhorse to hit the hay. For good.

COMMENTS: I won't even touch the subject of his, quite frankly, racist name. I'll just raise the question that everyone asks each time they stumble upon one of Acetone's articles: Will he actually be writing something original this time, or will he again just be stealing content word-for-word from respected Pocket PC guru Janak Parekh? I'm starting to think they are the same person. Dangerous sounding foreign names, overreliance on the catchphrase "I've got a rocket in my Pocket..PC!" and both have been shown up time and time again by hot new industry talent Jon Westfall. "Westy" has been the brave new voice of an industry crying out for change, and if Hassan had to follow the lead of only one Pocket PC Thoughts writer, I'm sure we would all like to see him follow in the footsteps of a respected professional like Jon.

Maybe I'm being too harsh. Acetone isn't without hope. At times he reminds me of a young Rick "Yes, I am Steve's cousin's husband" Segal or Richard "RichMitch" Mitchell of Joystiq fame. I'm sure the best of Hassan's writing is still to come, and we all hope that he finds his voice sooner rather than later.

Conclusion: The Time Day Science Lab Life site is the most important tool on the blogosphere today and can be used to evaluate anyone who has ever written words or even just colored some pictures. The use of this powerful resource should be taught to school children from the age of six so that when they enter the world wide web they will instantly know all of the best writers or "CyberJournalists" to check out and learn important knowledge like how to save money on Pocket PCs. 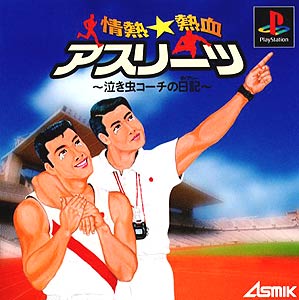