Walter Shapiro from Politics Daily imagined the first 100 days under President John McCain. Ross Douthat, newly of the New York Times, pondered the potential of a Dick Cheney run for the Presidency in 2008. With the world wrapped up in Obama hagiography, the natural conclusion of Mr. Shapiro's and Mr. Douthat's magical thinking is to envision the grandeur of the first 100 days of Dick Cheney's White House. 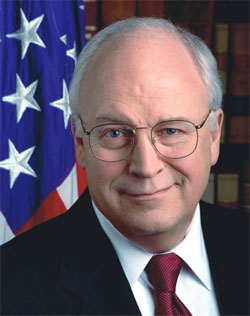 The Cheney White House isn't buying into the 100-day measure of the success of the newly-minted administration, but they're more than happy to talk up the President's accomplishments.

"Measurements of time are a liberal lie designed to undermine the sanctity and security of the State of Israel," Krauthammer explained.

Even so, a senior official in the Cheney White House spoke to us on the condition of anonymity. "These are trying times and the President is often swimming upstream against a do-nothing democrat party. That's not an excuse. President Cheney has done more in the first 100 days of his administration than any other president, and under difficult circumstances."

So how has President Cheney fared? What are his accomplishments? The unnamed official afforded us with a list inscribed on scrolled vellum and sealed with wax bearing the impression of the Presidential Signet. 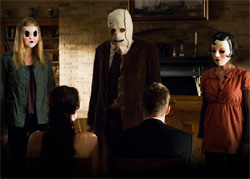 Vector Team Crimson apprehend suspects for interrogation during Operation Franken.Many critics of the administration, particularly those who have had family members mysteriously disappear recently, were quick to add to the list of Cheney's achievements. MSNBC's Chuck Todd, shaking slightly and with the left side of his face paralyzed by a stroke he suffered during a marathon nine hour interview with CIA analysts, offered President Cheney's handling of Somali pirates earlier in the month.

Four Somali pirates hijacked the ship Maersk Alabama, taking her captain hostage and escaping to a lifeboat. An American warship soon arrived on the scene, only to find the four pirates had been garroted and the captain was only lightly wounded in both legs and his lesser neck area by envenomed crystal shards fired from some sort of bio gun. It was later revealed that President Cheney ordered the daring rescue be carried out by Vector Team Crimson, the most elite of the Vector Teams.

As if to underscore the extraordinary nature of President Cheney's first 100 days in office, Democratic Senator Ben Nelson of Nebraska announced that he would be switching to the Republican Party. Citing "ideological differences" and the recent disappearances of more than 57 Democratic congressmen and women, Senator Nelson wept with what we are told was joy. Some suspect the switch may have been finally prompted by the arrest of longtime friend Joseph Biden (D-DE) for his violations of the Addington-Bybee Act forbidding eye contact with the President.

Whether you think the President is doing a great job or you are one of the critics who believes President Cheney is doing a very good job, you can rest assured that the next 100 days will be as eventful as the first.