I Base All Of My Purchases On Reader Reviews 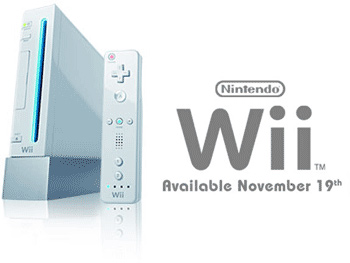 EZGames is NOT selling the Nintendo Wii console as a standalone product. Instead we are offering a special package of savings and convenience! For only $1,495 you will get the Wii, seventeen extra Wii remotes, three nunchuk controller attachments, five sets of R/F cables, Happy Feet, Dragon Ball Z: Budokai Tenkaichi 2, The Grim Adventures Of Billy & Mandy, three copies of Madden NFL 2001 for the original Xbox, thirty seven Wii Controller Gloves and a used dvd copy of the hit movie Fast And The Furious 3: Tokyo Drift - all for only $50 more than you'd pay if you bought them separately!

Keep checking this page for availability!

yo can someone out there please reseed a file called Battlestar.Galactica-s03e05.HDTV.720p.tivo.capturedbyFranky.nocommercials.xvid.releasedbyTVWarez.rm or send me a password to shemalesurprise.com thanks?

DOOMED TO FAILURE
Reviewed By: jerkstore

What a joke this d*mn system is. If it doesn't play dvd movies or put out an HD video signal, how can they possibly make fun games on it? They can't and they know it which is why they made the gimmick (which is all Nintendo is good for) of the stu*id controller.

The motion sensing controller is mapped to 1:1 movement in all games. This means that if you had to move forward for three hundred feet in Excite Truck, you would have to run forward three hundred feet in real life like an id**t. Who has that much room to move around? Sorry Nintendo, not everyone is rich enough to afford to live on some street. And how can you even see the screen once you're a few blocks away? The controller is nothing but a fre*king headache.

Also, the system isn't even as powerful as a Gamecube. They basically wanted to make a Gamecube with a stupid controller and cram it into a smaller case, but because they had less room in the case they had to chop parts out of the Gamecube to make it fit. This is why it's slower and not capable of outputting stereo sound (there was only room for one sound channel). Nintendo is cr*p and will lose this generation like they always do. 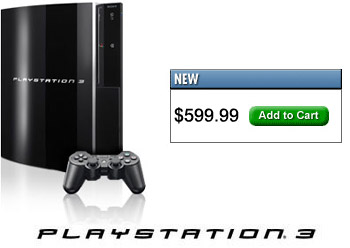 Trade in your old systems and games to save money on your purchase of the Playstation 3! Hand over ten console games and get a store credit of nearly a dollar! Trade in your old Wii or Xbox 360 (premium only) and get THREE DOLLARS off the PS3! Trade in a brand new PS3 and get seven dollars PLUS a one month subscription to Gamepro magazine!

FANBOYS WILL CRY IN THEIR BOTTLES - NOT BEER BOTTLES BUT BABY BOTTLES
Reviewed By: smashmypaypal@gmail.com

I am starting a website called smashmyps3lol.com, where I will smash a PS3 and make all the loser fanboys who couldn't get one cry haha. Please donate money so I can get a PS3 or send me one or if you work at Sony send me one from your warehouse. There won't be pictures or videos of me smashing the PS3 because I don't have a camera but I will use devastating descriptions of the act which says more than any single picture could as long as I use more than 1,000 words.

okay FIRST of all for thoes of u out ther who say the palystatin 3 is too expansive, cnosider this intriging fact. a huose costs way moe than a psthree and there are hundrads of houses in te world but the guy at Toys Are Us says there are only like 80 ps3rees MAX! toatal! that means the play3 should cost more than a house but ti actually costs slightley less. WHAT A DEAL THIS IS when you think abuot it!!! supafly and demand, folks. it is simple echonomics and you are raeping the rewards[

second the p3 didnt' rip off Nandtendo with its mutton sensing controllar. sony cam up with the idea years agoe but thye got so busy crating deep and thought pravoking comercials and makeing sure the ps3 had plenty of AAAA calibur titles at the systems lunch that they forgot to make the controlr or tell anybdy until two weeks before tis years E3 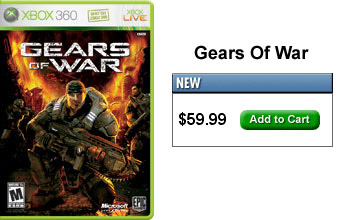 REALLY FUN IF YOU WIN ALL THE TIME
Reviewed By: GOGOGO

HERE IS THE ULTIMATE GEARS OF WAR MULTIPLAYER STRATEGY:

MOST PEOPLE SAY THE GAME IS ALL ABOUT COVER AND TACTICS, BUT THEY ARE WRONG. EVERYONE NEEDS TO JUST RUSH FOR THE GRENADES, THEN RUN STRAIGHT AT THE OTHER TEAM AND SLAP YOUR GRENADES ON THEM AT POINT BLANK RANGE. YOUR ENEMY WILL ROLL AROUND RANDOMLY AND HALF THE TIME HE'LL EXPLODE RIGHT NEXT TO YOU AND KILL YOU, BUT SOMETIMES HE WILL ROLL INTO HIS TEAM MATE WHO IS BEHIND COVER AND BLOW HIM UP.

THE BEST PART IS THAT THERE IS REALLY NO RELIABLE WAY TO COUNTER THIS, BECAUSE IF YOUR TARGET USES A SHOTGUN HE'LL HAVE TO WAIT TIL YOU'RE CLOSE AND GET A PERFECT HEADSHOT AND IF HE USES A REGULAR GUN YOU'LL BE IN HIS FACE BEFORE HE CAN DO ENOUGH DAMAGE TO KILL YOU. EVEN IF HE HAS A SNIPER RIFLE YOU'RE HARD TO KILL IN ONE SHOT IF YOU RUN RUN RUN AND DON'T SLOW DOWN.

ALSO, IF YOU PLAY IN A RANKED MATCH BE SURE TO HAVE THREE REALLY GOOD FRIENDS STACKED ON YOUR TEAM SO YOU DESTROY THE RANDOM PEOPLE WHO JOIN. IF SOMEONE ON THE OTHER TEAM DOES REMOTELY WELL, RESTART THE GAME WITHOUT HIM.

not realistic at all
Reviewed By: Dennis

Come on, human beings do not have physiques like the guys in this game. It's like the only people who survived the invasion were nine foot tall bodybuilders, and for some reason they were subjected to the extreme gravity of Krypton which compressed them so that they are now of normal height with the same muscle mass as they had when they were three feet taller. They're basically autonomous overstuffed muscle sausages that curse and shoot things.

Have you ever seen anyone like that in real life? Me either. I loved everything else about the game but this is just too much. Unforgivable. I can't stop thinking about these bodies and how they ruined this terrific game.

If anybody has some pictures of men or women with abnormally formed bodies like the ones featured in this game PLEASE email me at ctstalker@somethingawful.com or get ahold of me on the cell phone number listed in my profile at any time of the day or night. 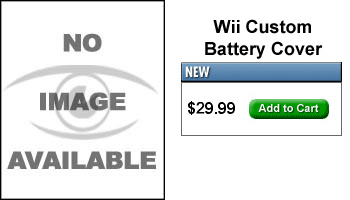 So much thought has been put into every aspect of the custom battery cover. The smooth lines, the way it covers the batteries, the custom. I'd buy a Wii for this product alone.

There are a lot of choices in the fast-paced world of custom battery covers, and it's very easy to get so caught up in the hype and excitement that you begin to hyperventilate. Don't let this happen to you. Just buy the best. Buy this custom battery cover and you will never have to worry about your batteries being uncovered and uncustomized again.

It's Dave
Reviewed By: Dave

Jessica if you see this I was just kidding. Please talk to me again. You're not answering my emails or my phone calls. 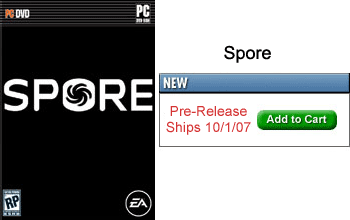 This game is great... at putting you to sleep sheesh
Reviewed By: Industry Insider

Was playing this at my friend's house (his dad is a security guy at Wil Wright's doctor's office, he gets all the games early) and it's sort of okay. The only problem is I'm so good at the game I beat it in like an hour. The last boss was easy as hell and I unlocked a nude cheat but I'll keep that to myself thank you very much. Good luck finding it losers.

This game is so easy. Not worth buying unless you suck so bad at games that it lasts more than a few hours, in which case there's something wrong with your brain and you should be spending your money on treatment or a rope to hang yourself with.

BEST GAME EVER
Reviewed By: Alan

This is definitely the best game ever, if I could I would rate it six stars! The Sims was probably the best game ever and so this will be too. The graphics and ai are so amazing that you'll need a supercomputer to fully appreciate how terrific this game is. I am so excited. Buy it, you will not regret it for a second.

Does anybody know what this game is about?