My brain looks like this inside.As most of you have likely gleaned by now, I am a genius. If you picture the distribution of human intelligence looking like a bell, with one high point in the middle and the sides tapering downward, I'm very near the top of that bell, which is the point of highest intelligence on the bell. You could also call it a wishbone shape, and if you broke it in half I would be the smart half of the wishbone (or "bell"). If you were to ring the bell, I would say something smart, like "I have an opinion about politics," or "I read books with no pictures."

On the few occasions when I've met readers of this site, I've always been alarmed by their uncomprehending brows and apish gaits; this leads me to believe, by the principles of science and averages, that most of you are less smart than me and consequencely have no idea what being a genius is like. In this essay, I will tell you what it's like to be a genius; that's my introduction. My thesis [1] is that being a genius is great, but it has its drawbacks.

I'll start with a simple example. When a genius looks at a tree, he instantly takes in not just its natural beauty but its scientific complexity: the ornate fractal patterns of its branches; the inscrutable calculus of its emotions; the gentle hissing of its photosynthesis [2]. A genius like me has upwards of four thoughts about a tree before he even leans in to take a bite of it.

You, on the other hand, probably just want to cut it down, which is exactly the kind of destructive human impulse geniuses like to write heavy-handed science fiction stories about. For shame; if only you were literate, you would know your error.

Geniuses have really great senses of humor, as you might have noticed from me. When somebody makes a joke, I usually understand it. If it seems like I'm laughing a little later than everyone else, it's only because I had to pause for a moment to mentally translate it into German-- the language of humor-- so that I might appreciate it in its funniest state. Due to how language works, there's no way to translate very juvenile, vulgar puns into German, which is probably why I laugh much more quickly at those.

Being as how I am smart, I have a way with words, and I can command the English language with great verisimilitude-- see? When I speak, I can often come up with very smart-sounding things right on the spot, like this: "I find that Gallagher had quite an intractable episteme on the dialectic of symbology." Everything I say sounds like I wrote it down before I said it, and everything I write has plenty of exotic punctuation, like the semicolon, which is what you use if you want to write some more but your sentence seems like it's over; but then it's not over. 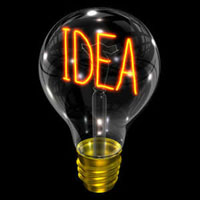 How did I start being a genius? It just happened, and you could too! As a precocious child, I always knew I was a genius. I learned to walk before I could count, and I learned to play chess when I was only nine-- by the time I was sixteen, I was already beating the fifth-graders. I was truly a renaissance child; I showed a great aptitude for drawing (mostly muscle guys with guns), and I composed my first symphony when I was only four (it was called "Doggy Yum Yum Song," and it went to the tune of that "Charge!" thing they play on the organ at baseball games).

Now, as an adult, I've developed faculties far beyond those of most children who were my age when I was young. For example, I can multiply almost any two single-digit numbers in my head almost instantly; the sevens are hard, but only because they're "prime numbers," meaning I can't multiply them by anything but one. I excel at the taxonomical sciences, too, and can name almost any animal I see-- I especially prefer the naming of cats, because I think it's funny to give them people names, like "Rick Birdcastle."

The annoying thing about being a genius, though, is that sometimes regular people don't understand us as fully as we understand them. One thing people misunderstand about geniuses is that we can only enjoy fancy, intellectual books. Not necessarily [3]! While I do love diving into Finnegans Wake and enjoying a thorough understanding of its many themes and devices and laughing at the funny words, I'm equally comfortable snuggling into a casual hour of Ulysses. Geniuses even enjoy things that aren't books at all; thanks to our surpassing command of metaphors and subtle hidden meanings, a genius can derive as much aesthetic pleasure from reading the warnings on a snail bait box as most laymen can squeeze out of a Shakespeare play.

Speaking of Shakespeare, every genius has a favorite Shakespeare play, and it's always one of the sort of bad ones. Mine is Cymbeline, which might not even exist. And as for music, it's not all Mozart and Bachmaninoff-- most of us enjoy regular pop music, and every genius I've ever met has the same favorite record album. Can you guess what it is? It's Schubert Dip by EMF. 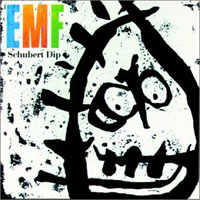 A lot of people think geniuses are tortured and sad. This isn't completely true. Some geniuses have indeed lived with crippling depression and insanity, like Vincent Van Gogh (crazy), John Keats (bad cough) and Albert Einstein (weird hair, gay{?}), while others like Stephen Hawking have let their bodies wither away because their brains are so busy with thinking. But this is not true of all geniuses; many, like Carl Sagan and Ian Dench, have led very happy and fulfilling lives. I'm proud to count myself among those geniuses who buck the stereotype [4]-- I'm a very happy guy in general, and my genius lets me find intellectual joy and delight in things that stupid people would find sad, like for example child famine (so dry!) and that thing where holocaust survivors go senile and get put in homes and think they're back in the concentration camps (magnifique; truly a metaphor for something!).

In conclusion, I like how I'm a genius, and sometimes people don't understand it. But now you do, I hope. In conclusion, the moral is be nice to geniuses.

[1] Thesis - noun: like the moral of a story, but in a fact essay.
[2] Photosynthesis - noun + verb (nerb): how trees make money.
[3] Necessarily - adverb: a logical condition by which a thing is sufficient to make it true.
[4] Stereotype - verb: an early kind of photograph made with chemicals and a mirror.