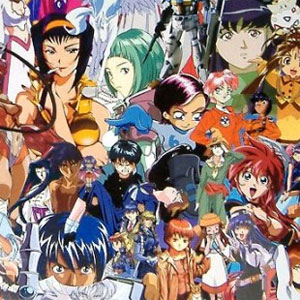 Life, Jerry. It's time to start living it.Hello again, Jerry. It is good to talk to you, my old friend... my brother. It's been a while, Jerry. Too while.

I know we haven't spoken since the incident where you chose to make light of an emergency medical situation. Some harsh words were exchanged. I ask that you forgive me, Jerry. I was in a great deal of pain, and there was so much blood.

I'm doing better, Jerry. I'm sure you were worried in your own way. The doctors say I'm not likely to suffer another prolapse, so that's good news. I've chosen to forget the things you said that night... you know, like "what you're doing to those sweatpants is worse than what the Nazis did to the Jews."

I told myself I was done with you, Jerry, but I cannot abide this hurtful silence any longer. You and I share a unique destiny. Picture the two of us, Jerry, standing side by side, arms akimbo, watching the light of destiny rise up over the horizon. It's going to happen, Jerry.

For you see, Jerry, I had a revelation. What came to me was the idea for a perfect utopian society, one where people live according to tenets put forth by the wisest characters from manga and anime. It's better than democracy, Jerry. It's animocracy.

I've already started crafting our articles of confederation, along with lists of important things, such as our national anthem ("Eyes on Me" by Nobuo Uematsu, from the absolutely spellbinding Final Fantasy VIII soundtrack) and who we're going to give the first presidential honor to (Hayao Miyazaki).

So far it's been a tremendous amount of work, so much so that I have a proposition for you, Jerry. I want you to join me! I want you to be a founding father in this monumental movement. Together we can change the course of history!

This cold wall of silence cannot stand. If there is a bridge to unite us, let it be anime! Give me a few weeks of your time, Jerry, and I'll show you sights beyond your wildest imagination. The things I could teach you far outweigh anything you'll learn from those law books of yours. When the two of us share the common language of anime, we will never again suffer the pangs of hurtful words or miscommunication. 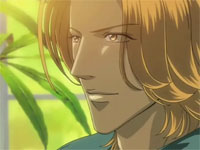 But before any of this can happen, Jerry, you need to be honest with yourself. I can't let you be a citizen of an animocratic society, let alone a founding father, if you deny your true nature. You see, Jerry, I have been making some great progress with my therapist in regards to figuring out what is wrong with you. Although he suggests I move on, I am determined to help you. I suppose that's a fault of mine: my unwavering commitment to family.

Anyway, Jerry, I think a lot of your anger comes from your repressed homosexuality. I apologize if I've amplified those feelings-- I know I sometimes dress a little light around you. I just assumed we had more of a fraternal relationship. And besides, as an asexual, I often forget that others might sexualize my body.

It's funny now how I managed to overlook the writing on the wall for so long. Your fixation with sports, an undeniable celebration of the male physique, should have given it away instantly. It was only when I put that together with your constant need to date one girl after another that I realized you were overcompensating big time. Jerry, I've never seen a more textbook case of repressed homosexuality.

Truth be told, I'm happy for you, Jerry. Me and some of the gang on IRC have already selected some yaoi to help ease you into your new life. The challenges faced by Kyousuke Iwaki and Youji Katou from Haru O Daiteita should prove especially enlightening to you and your struggle to maintain masculinity amid growing homosexual impulses. 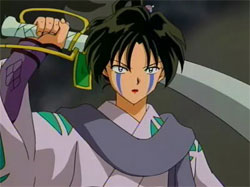 Don't be like Jakotsu, Jerry. You're better than that.I don't want to rush you, Jerry, but I believe it's important for you to come out soon, lest you end up like the sadistic Jakotsu from InuYasha. As your roommate, I'd rather not have that. I'd rather much see you follow the path of Shuichi Shinduo, while I of course will act as your Hiroshi Nakano. I always felt that Maki Murakami was writing about us in some weird way.

The other thing, Jerry, is that you are deceiving not just yourself, but your girlfriends, too. It can't be any fun for you to keep leading them on. I feel like I might have to tell them the truth about you... if you're not willing to do it yourself.

I have always been willing to explore my sexuality, Jerry. When I experimented with bisexuality, I was quite open about it. Then when I transitioned into asexuality, you were the first person I let know. Recently, when I began exploring life as an avatar for my spirit animal--a female tiger--I asked you to assist me in roleplaying. What I'm trying to say, Jerry, is that if you want to come out of the closet, you will find me to be nothing less than unwavering pillar of support.

To be honest, Jerry, I have a feeling it won't be long before you tear down all those naked lady calendars from around the house. I won't complain, since as a feminist I find them horribly degrading to womynkind, not to mention gross! I'm really looking forward to the opportunity to give this place a much-needed makeover. Jerry, when you discover the illuminating world or wall scrolls, your life will never be the same. 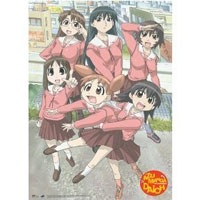 Heh, I already have a great kakejiku in mind to replace that picture of a woman bending over you hung in the bathroom. Jerry, I've got just two words for you: Azumanga Daioh.

I know your first instinct is to belt out another one of your childish Jerry zingers, like "your mouth is a forest where disembodied dicks dance in the night." Like that actually even means anythings. Jerry, I want you to know you don't have to go that route. You don't have to spit out another stupid insult or immature attack on my character. It's time for you to move beyond cheap insults and negative thinking. Nobody wants to live with an Itoshiki Nozomu, after all!

The sooner you admit the truth to yourself and come out of the closet, the sooner we can get on with the business of crafting our perfect anime society. You and I, Jerry, are going to be founding fathers. No petty differences or past disagreements can possibly stand in the way of that!