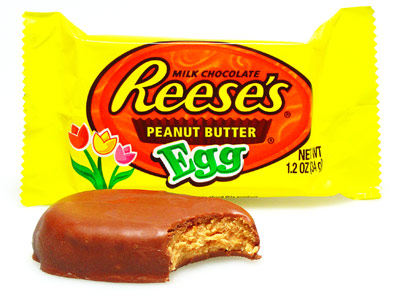 Partially hydrogenated does not mean forever.Life isn't all bad. See how the other half lives.

Maybe eating nothing but left over Easter candy was a bad idea for lunch. But the idea doesn't even cross your mind until you're spread out on the toilet seat like a dead dear with your pants around your ankles. You haven't gone running for a few years, but you're amazed at the speed you had to the company restroom, not to mention the dexterity it took to unzip your pants in preparation as you sprinted down the hall. Luckily you made it, barely, and with a deep sigh of relief you release everything in your bowels along with whatever else is willing to come out. Thinking you're alone, you take no noise precautions, and simply let everything tumble out at a rate that sounds like a water show at SeaWorld. The splashes echo through the stall, and when they return from the back wall, the noise is so grotesque and inhuman that you question if your ass was the true origin.

And in the sanctuary like stillness, you gasp half from exhaustion, half from the overwhelming stench that is coming up from the toilet. You look around, and, believe it or not, there are stink lines. Actual stink lines. Like in a cartoon. But your chance to study your new 2-D element passes when you hear shuffling next door. Someone is over there, and as you look, you notice the shoes. Nice shoes. The leather ones you can't afford. Like the ones your boss wears.

You frantically grab a handful of toilet paper and rub around as fast as you can. Like a newspaper strip in papier-mâché, it's saturated. There is not enough time to fully clean up, so in a panic, you pull your pants up and do seven hail marys. You flush, but don't watch it swirl. The Trail of Tears, Holocaust, Furry Vengeance, the Khmer Rouge, and now your bathroom massacre. Somethings don't need to be studied to understand the awful things humans can create. In the stall next door you hear shuffling. Any second now, your boss will come out of his stall and wonder who just committed seppuku. Not wanting him to identify you as the one who just spilled their guts all over the place, you quickly button up your pants, wash your hands, and get back to your desk.

If the Clean Swipe is the epiphany of miracle, then Troll Hole is the constant remembrance of wrong doing. You carry the weight of your mistake like the kidnappers of the Lindbergh baby, and as you try your best to cope with what you've done, you live in constant worry that somehow, someway someone will find your terrible secret.

For the rest of the day you walk around like someone made a mayonnaise sandwich between your cheeks. You refuse to walk past anyone sitting and you heat up someone's curry leftovers in an attempt to cover your trail. But what you do not know is that no one will notice simply because they do not expect a grown adult to come this close to pooping his or her own pants in public. Boy, did you show them wrong.