Hollywood liberals use motion pictures as a vehicle to communicate their scary, wrong beliefs. They employ subterfuge to smuggle their godless filth into America's theaters. But like that crazy midget's paintings in Orphan, movie posters reveal the filmmakers' true intentions when viewed in the correct light. The Something Awful Forum Goons flip the switch on the following images, exposing Satan's starring role in many blockbusters. Hell awaits!

Haddas loves Lucy, the daughter of the devil. The beauty is there, but the beast is in her heart. Life is hell, you see. 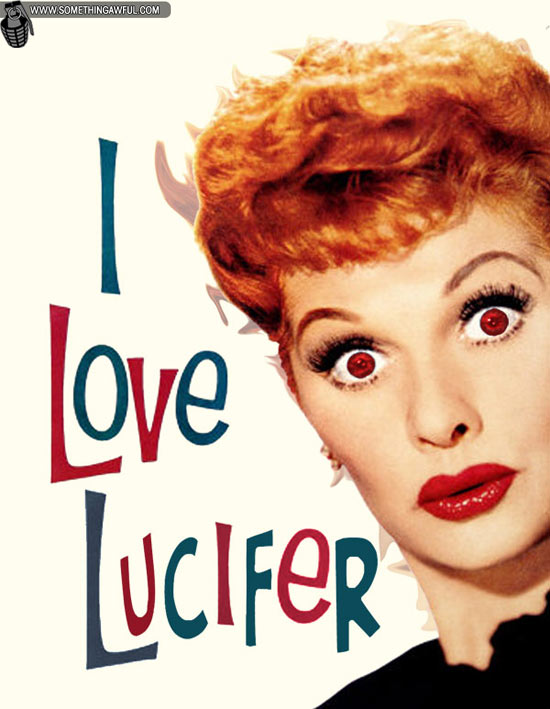 Pleroma knows what happens to old men who beat people bloody with their canes and defy court orders. 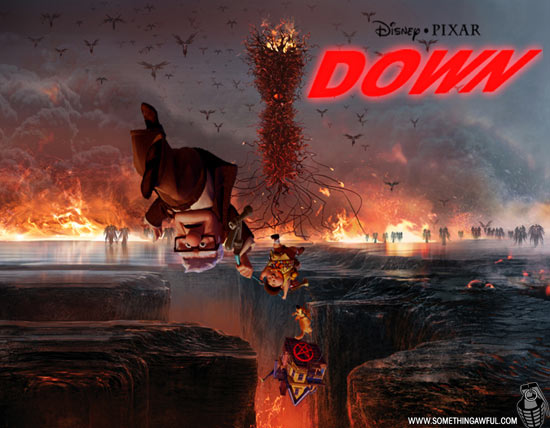 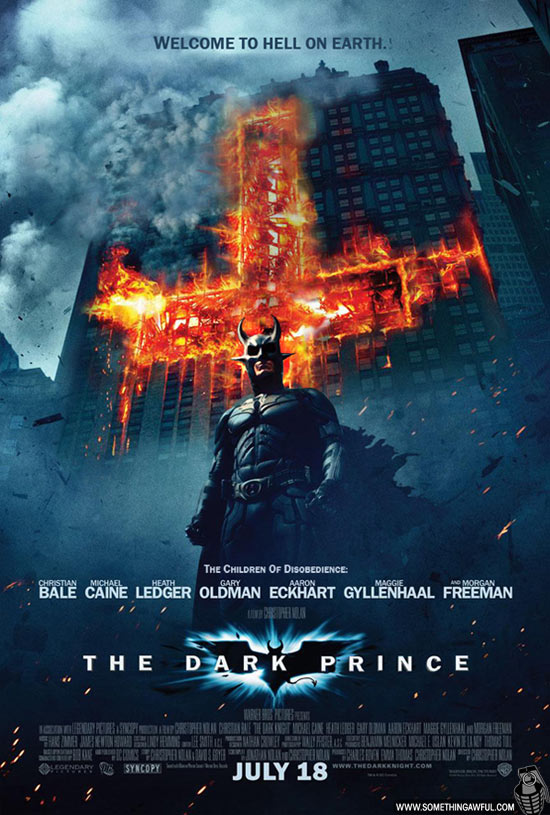