Super Nation Games, submitted by Drew Curtis' FARK Drew Curtis' sidebar ad. When I first saw this site I laughed for nearly five minutes at the opening photograph. Then I tried to figure out what exactly "in the fuck" this site is about. I initially mistook it for some sort of shitty online game about being a super hero but after I read the review I realized it's just a big (and very retarded) story about some fictional Olympic-style game with attitude. You have to sign up to read anything other than the prologue. 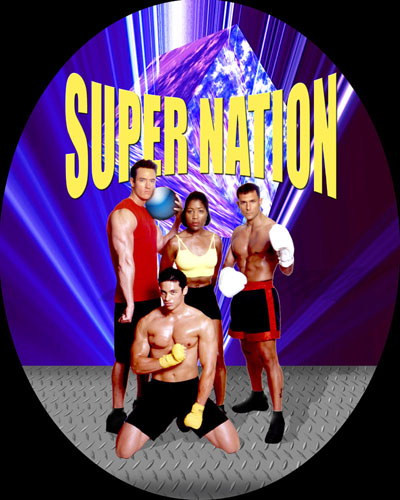 Q. What is Super Nation?

A. Super Nation is what the Olympics would be if it were full of the kind of attitude you see in pro wrestling and if it were in a futuristic setting with lots of cool graphics and technology, robots and gadgets.

I sure wish the Olympics had wrestling attitude and "cool graphics"!!! I would love to see a figure skater talking trash about her opponent! It would be totally radical if a curling team was losing a match and then another curling team they were friends with came out and jumped into the match and helped them! Then there could be a bunch of cool graphics like the Olympic logo desolving into a robot that flies around and then that could morph into a pool of liquid metal!