Thursday, Aug 29, 2002 by Rich "Lowtax" Kyanka (@TwitterHasBannedAllMyAccountsEver)
Know of an awful site? Send it to us and become a hero!

STAR AMATEUR, submitted by Paul. I'll be the first person to admit there are tons of things on the Internet that separate us from each other and break our culture apart. For example, there's homosexual furries. However, the one common things which we can all unite behind is the fact that we are all failed Star Trek episode writers. This is clearly a great injustice propagated onto us by the harsh, cruel world of dead old Gene Roddenberry and his crack team of henchmen lawyers. In fact, I might even go as far as to suggest there is a conspiracy against all of us by "the man," the faceless corporate Star Trek entity who wants to see nothing but us write failed Star Trek scripts until the day we become as dead as ol' Gene himself. You know, because that's what we all like doing in our spare time. 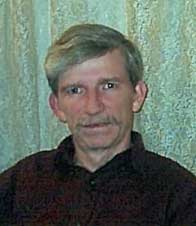 From this haven goes an outcry, a protest against the unfair treatment cast upon Star Trek writers who worked so hard to bring talented work into the world and yet ended up being turned down. Hello, I'm a Star Trek spec script writer. My name is Duane Birth. I submitted two scripts to the Star Trek writing department. One about three months ago, and the other just a month ago, one week before the deadline. I have not heard anything at all back as yet, but since the chances of being accepted are so small, I anticipate that I will be dissappointed just like many others have.

We have all suffered the cold clutches of dissappointment, but there seems to be nothing we can do about it. The big companys and established mega-promoters have shut us out without a care or a concern for our feelings or our chances of ever achieving anything great in this world.

However, the way the SKY BIZ plan is structured, with no inventory, no bookwork, no meetings, and no huge investment, the only rational answer to that common question would be MINIMAL EFFORT.

Each person is required to tell two friends about the program and get someone on their left and on their right and that is all. That's the only requirement, but like anything else, the more people you tell, and the more you bring into the program the faster it will take off!