Warm Foot 2 caters to the apparently existent subset of the population that obsesses about monsters' hot feet. Not "hot" as in "arousing," though that's surely an unwelcome second meaning, and not "the hot foot," like baseball prankster Roger McDowell lighting matches under his teammates' cleats in the wacky '86 Mets locker room, but "hot" as in "these monsters have been engaged in exercise, causing their body temperatures to rise, especially at the extremities." The site conveys this theme through the unsettling use of screen captures from children's cartoons.

The site pretty much begins and ends with the enormously oversized image on the home page, at least for people who aren't members. I could have become a member in order to dig up more dirt, but that could have caused complications when all people found to have had any connections to Warm Foot 2 are exiled from society. Just the snippets are scary enough -- the calendar reveals that the ominous-sounding "kangaroo event" recently ended, while a graphic declares "Monsters warm bare feet month," combining words most people know in a nonsensical fashion. 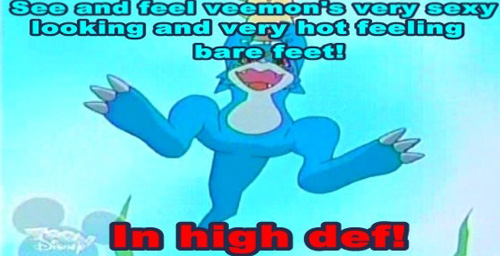 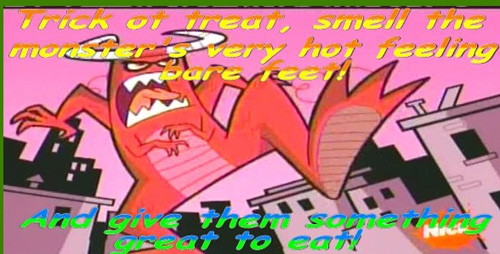