little brain creeped... of me... today logical revenge, submitted by The Masturbating Bear. The first thing that crosses one's mind when one takes a jaunt to this distinguished site is something along the lines of, "Oh my, it seems that the bowels of Hell have burst open, unleashing an unholy torrent of frames upon this poor, unsuspecting website." I mean, some of these frames scroll down long enough to necessitate dozens of normal pages of text. But after taking a moment to try to read some of the content of this site, the horrifying truth finally settles in - the design is actually the least insane thing about it. 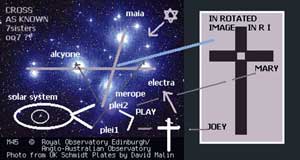 Today I had spent night with virtual Martushka of 75/25 real/virtual realm. She had very thought on my as I had never had let her sleep over night. Martushkas friend is very busy man. He had lost something very NI.CE...NiCe...NiCetiO...is her friends name...I am preparing few packets of gifts to my Martushka...She is angry on me...as I had never bought her no flower no ring...because mobile rings are so expensive... ...I had spent a lots of fight with several men and women on the planet...and I hadfailed, as I never was a valid soldier of the army. I had deserted as Sting is singing Desert Rose about me with famous...I dream a rain...but this story is about my noabilities to serve for army forces as I am not part of team able man and I am all the time the sole and lots of primitive in me.

This is some of the most coherent stuff on the site. Despite the author's insistence upon using the past tense and passive voice to describe everything, from events that happened years ago to things that will happen well in the future, there are little bits and pieces that slip through and actually make a bit of sense. From what I've been able to extrapolate, the main point of this site is that the author is completely out of his fucking mind. I think there's some stuff in there about how aliens are all devout Catholics or something. At least, one of the frames contains insane babbling about the Bible and another frame contains insane babbling about "E.T." But then again, there's this: 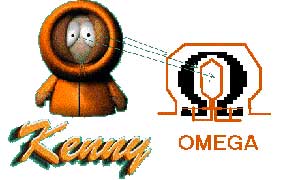 THe Slot Machine of Split Mind principle...this is very alibistic self inside reppressing statement, allowing me to be parasite on black and white and red and blue...but the warning ... for others... Me, as non political need to be either LEFT or RIGHT organized, as both left and right social feelings are negated inside me, so me had left GREEN WHITE BLACK and DARK PINK, called PURPLE...as INDIANs usually...