Saturday, Apr 03, 2004 by Zachary "Spokker Jones" Gutierrez
If there was a way to include voice clips in Weekend Web I'd do a whole article on Xbox Live. After a few hours on the service I wondered what the hell I had gotten myself into. It seems to me that every single person on Xbox Live is a chatty cathy who is either black, Mexican, redneck, or twelve years old. There was this homosexual sounding Spanish guy that was annoying as all hell in a game of Project Gotham Racing once. He would say people's entire usernames even if they have numbers in them. So let's say he was talking to GOKUKILLAH3003129321. He would say every single number every single time he said that username. He would say the first goddamn thing that came to his mind regardless of how stupid it would sound once it left his mouth. And they're in every single game you join. Almost every match is a fight just to get someone to shut the hell up. Joining another game doesn't help, because Chatty Mexican #39840 is over there at his post as always. Don't get me started on the people who seemingly cough and spit up phlem the entire match letting us hear every sick detail. In fact, there is at least one of the following in every Xbox Live match:

1) Angry black man.
2) Kid who's mom is yelling at him to shut off the fucking Xbox and go to sleep.
3) Chatty Mexican arguing with his girlfriend.
4) Super Xbox Live Master Ranked 39 who kicks you out of his game because you don't spend 38 hours a day playing Project Gotham Racing 2.
5) People of the red necked variety.
6) Sick person coughing up lungs every few minutes.

Are there any normal sounding people on Xbox Live? I pray to our Lord and Savior Jesus Christ that I find one someday.

We here at Something Awful share a love/hate relationship with the good folks at Fark. It's not that we really hate Fark, it's just that we think the site is dumb, the people who post there are dumb, and the people who read it are dumb. It is in our professional opinion that the most pressing problem Fark users face each day is a pop quiz on U.S. capitols. I hope that this little section doesn't soil any diplomatic ties we have with Fark. In fact it's kind of like insulting a retard. They don't know what you're really saying but they're just happy you're talking to them. Everybody wins!

There is no other site on the world wide net that can match the political insight inspired by the Fark.com forum members. 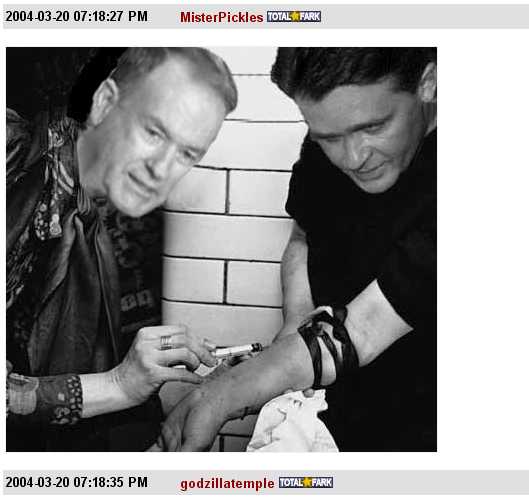 Gee! I wonder what "lawn" refers to? And what did it have to do with whatever the preceding poster was talking about? The world may never know.

If you believe hard enough even the most benign symbol looks like whatever stupid thing you want it to. Just believe in yourself.

I can feel my I.Q. dropping as I type this.

KING COMEDY IS IN THE HIZZOUSE!

See because he says that line in the film and in the house is a mousetrap and oh gee I just can't get over how funny this image is. 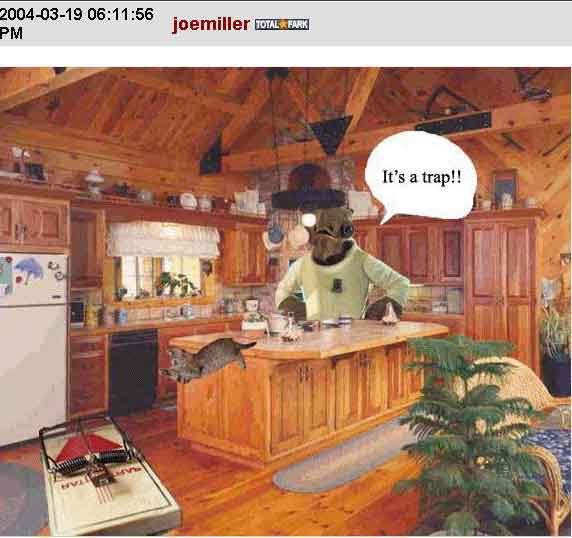 This is pretty much every thread ever posted on Fark.

It's like comedy reached out of the screen and choked my grandmother and I had to call the police but she didn't want to press charges and oh dear what a mess.