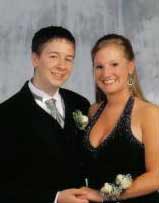 It's not easy beeing a teen!Dating and relationships are two of the most difficult quests a young humanoid will ever embark on. For example, a young man might get too excited and accidentally faux pas all over his trousers, scaring away his termagant whore of a date. There are literally hundreds of landmines waiting to explode the emotional entrails of the inexperienced youth, creating dating nightmares as fiery as the flames of Hades. Thankfully hope exists in the form of DatingTips.ws, a site dedicated to educating people on the proper protocols for negotiating the rocky chasms of Relationship Mountain, and, in the end, coming to terms on an ideal contract for love. Sorry, I was just so overwhelmed with information from this site that I mistakenly let that last sentence run wild on a flight of fancy.

Enlisting the aid of experienced relationship mavens, DatingTips has an encyclopedic database of raw information. Take this piece of advice submitted by Morgan:

Always have good breath. Brush your teeth and have a ment.

In ancient times, people would come to the Oracle of Delphi to ask all sorts of questions of the Pythia, Apollo's secretary. Sadly, the Oracle of Delphi looks like an overflowing brothel toilet when compared to DatingTips. If you thought Morgan was a unquestionable font of knowledge, then just look at this piece of advice flowing from the cascading brain waterfall of Happend to me before...

Do not hate his friends who are girls. It makes it that much more fun for him to hang out with them. Then you get mad and he appoligizes and you guys have make up *** or something. Thats what he wants. Just never bring up the subject of his girl friends and if he hangs out with them, dont get mad. He will do it regardless.

I tremble at the tenacity of this knowledge! Like an arrow from Robin Hood's quiver, I am shot with the most potent of sources! 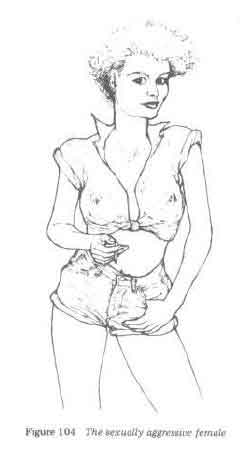 all right we all know that girls like to be treated with respect. Who doesn't but that doesn't mean to use it against females. The worst thing you can do to a girl is act like price charming just to get what you want and then leave them. Its the worst thing you can do to a girl. It might seem like it's nothing but sorry to say it's going to do more damage than it is good. You may not very well care but the thing you need to understand is that girls are hurt very easy... and what happens to them they are not likely to forget. Iam 17 almost 18 and I can tell you that almost 3 years down the road I still remember what it's like to be used for the first time. Its not a pain that she will ever forget and guys that have had their hearts broken too know what I'am talking about. Figure this how would you like it if someone was to break your sisters heart? Saying you have one that is. No matter how much your sister and you were to fight you do love them and someone messing with your family you know isnt smart. Just remember the next time that you see that pretty girl in the car next to you that she wants to be treated like she is something and not just something that you can play with.

You foolish mortals, do you not understand? If you could put the knowledge of the universe in a pill and take it with a glass of water to aid in swallowing, the part that would take longest to digest would be DatingTips! This is God talking to us in the form of a website about dating! 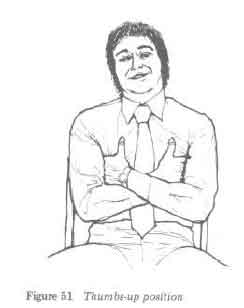 Those words, those words! They carry the gravitational force of no less than Jupiter! Dare I be Pluto in the presence of such a majestic solar body? I have no words!

ok now these aren't ALWAYS true but most of the time...yes they are

Fine-this pretty much means shes mad at you if she says it in a angry tone.....not to be confused with thats fine confirming something...

Thanks-this means you've done something good that pleases her in some way..... 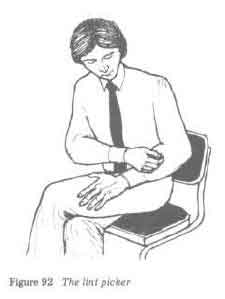 its.......beautiful-if she pauses like that....you've displeases her and she doesn't want you to know this don't say anything if she says this just try harder next time

its beautiful!-much different from the first one this means shes extremly happy with what you've given her shes bursting with excitment good job!

I do not believe it! I simply do not believe it! After eons of mankind struggling to understand the nuances of the female mind and her language and coming up with nothing but rubbish, this young lad has deciphered the woman! Write this down, chisel it into your heart, but whatever you do: do not forget it. A thousand years from now, this will be the first and last page of the final and ultimate compendium of human knowledge on the subject of the female.

If you guy has no car you better hope you libe in New York or somewhere with trains, becuase when you live in a place like florida where everyone needs a car to get around then he's gonna be a little shy to say he dosn't have a car to take you around in. Just be like thats ok, I understand (If u have a car great) otherwise u still got parents :-)

Look beyond mere words here! This is a scholar communicating in metaphor. Cars are simply symbols for the chariots of love that ride about the roads of relationship, over bridges of uncertainty! Florida is codeword for marriage and New York is homosexuality! It is genius!

Do not take my word for it. Go fourth and absorb the knowledge and your on and treasure it as you should!