Our Country is Exploding With Flavor! 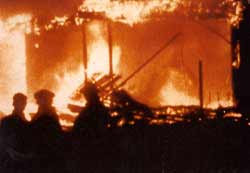 Merry Christmas! I mean, Fourth of July or whatever. Burn pigs, burn!

As many of you know, today is the historic Fourth of July / Independence Day holiday. If you don't believe me, then look a few lines above this sentence and check out the date. If you don't believe the date, then go outside and grab some random stranger by his shirt and shriek, "I DEMAND TO KNOW WHAT DAY IT IS!!!" He will probably direct you to the appropriate authorities who will be able to answer your question and, if you're a lucky immigrant, drive a toilet plunger up your rectum. Independence Day is a very important and crucial holiday in America, one so important that citizens are required to express their patriotism by doing the one thing Americans are famous for; blowing shit up. If you don't have a calendar and you're too dumb to figure out the date, a surefire way to tell if the Fourth of July is approaching is to drive down a major street and look for flimsy cardboard shacks that have plastic American flags draped across them and a sign which reads something like:

BIG SWEATY NED'S FIREWORK KA- BOOM HUT FIRE EMPORIUM!!!
ALL FIREWORKS 50%! BUY 10 GET 540 FREE! OUR PRICES ARE SO LOW THAT IF YOU LOOKED AT THE PRICE TAG, YOU'D DIE! WHISTLIN' SCREAMERS: $2.93 PER 1,000! SPARKLING DRAGON CONE: $1.21 FOR SEVEN! EVERYTHING 84% OFF!!! LIGHTNING DIXIE RED WAGON SPECIAL SURPRISE: NINE CENTS! ALL ITEMS 390% OFF!!! EVERY CUSTOMER GETS A FREE BALLOON FILLED WITH POISON GAS! BIG SWEATY NED HAS BEEN DRIVEN INSANE BY THESE LOW, LOW PRICES AND HE'LL TRY TO STAB YOU IN THE FACE WITH A BROKEN LIQUOR BOTTLE IF YOU APPROACH HIM! YOU KNOW WE ONLY SELL THE ABSOLUTE MOST HIGH QUALITY FIREWORKS BECAUSE WE'VE GOT A GIANT INFLATABLE GORILLA OUTSIDE OUR SHITTY TENT!

Most fireworks have highly comical names such as "Red Dragon Surprise" or "Golden Shower Surprise" or "Live Hand Grenade." This is because the best and easiest way to show pride in our country during the Fourth of July is by sending all our money to sweatshops in Japan or Taiwan or Malaysia or wherever the hell they manufacture these explosives. The firework assembly process is a very precise and intricate procedure that requires the absolute most skilled and dexterous foreign experts. These people are often required to obtain the following degrees before being admitted to work in a fireworks plant: 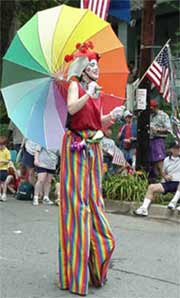 Many Americans choose to celebrate the Fourth of July by dressing up like raving idiots.

These degrees can be obtained by finding a blank piece of paper or a discarded newspaper and then signing your name across it below the message "I WORK IN FIREDWORKS PALNT!" The accepted workers are then given a shiny new American nickel and are "allowed" to work the following thirteen hours by standing over an assembly line and cramming fuses into tiny blue sticks covered with crude drawings of dragons humping a boat. Fireworks are so cheap these days that it actually costs less money to produce them than it does to stand around and do absolutely nothing. Next time you visit the local fireworks hut alongside the Dairy Queen in the bowling alley, you should feel proud knowing that your Fourth of July money is going to a fat, bald, moist Asian man who has a group of underage seminude boys fanning him with palm fronds. I'm fairly sure this is the spirit of the Fourth of July, but I may be wrong.

Some of you non-Americans (AKA "foreigners" or "terrorist suspects") may not know the history behind the Independence Day holiday. Hell, there's probably a good percentage of Americans that don't know the history behind the Fourth of July. If you were to walk up to any high school student these days and ask, "what do you know about Independence Day?", they would probably respond by asking you for a cigarette and then cursing a lot. This is because the only thing US school systems teach anymore is how to avoid gunshots by using your math book as a crude shield. That might be a good thing in the long run, especially since the only thing the public school system taught me in junior high was how to square dance. Yes, that's correct, we had to pass a square-dancing course if we wanted to graduate to high school, where we would eventually be taught how to smuggle beer inside movie theaters without being caught.

Once again, I have gotten off track and forgot to explain the history behind the Fourth of July, mainly because I don't really care. The original Fourth of July, also known as "Independence Day," did not star Will Smith and Bill Pullman and, to the best of my knowledge, featured neither killer aliens or Macintosh computers which uploaded spaceship-destroying viruses. Independence Day started a very long time ago (1776), around the time Dick Clark was hitting puberty. America was controlled by Great Britain back then, which is especially ironic now considering that the only thing Great Britain controls these days is a seemingly limitless supply of plaque and barroom fights. Oh yeah, I guess they also have those incredibly stupid "comedy" shows that revolve around people drinking a lot and then pausing when the laugh track begins to play for absolutely no reason whatsoever. Regardless, America was ruled by the British back then, a ruthless group of people who demanded the Americans wear pasty white wigs and frilly dresses whenever they met to complain about the outrageous taxes the British were imposing upon them. The Americans kept taking sass from the British and didn't object because they were real weenies back then. Great Britain continued to take advantage of the Americans by making up really ridiculous rules such as:

1) British soldiers could come over to America and stay in anybody's house whenever they felt like it. They could additionally turn on the water and then leave it running even though they weren't using it.
2) King George "Fiffy" III was allowed to enact whatever silly laws he felt like, whenever he felt like. For example, he spontaneously declared March 19th to be "Silly Hat Day," where all American colonists had to wear comical hats forged from dog feces. If they refused to wear these hats, King George "Fiffy" III would force them to watch his one man off-Broadway play, "An Evening on the Holodeck."
3) All colonists were forced to make out with zombies. 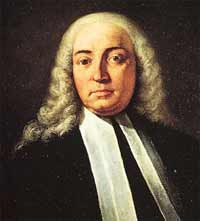 If it was up to the British, we'd all look like this guy now. NOTE: this picture was taken less than three weeks ago.

The great American revolutionaries of that time finally decided that enough was enough, and they soon began to write American Revolution erotic fan fiction. This spawned the creation of an actual declaration of independence from Britain, a piece of paper appropriately entitled the "Declaration of Independence." This historical piece of history was written by the founding fathers of America; Thomas Jefferson, Richard Henry Lee, Benjamin Franklin, Albert Einstein, John Adams, John Quincy Adams, Thomas McKean, Louie Anderson, and Robocop. It is a majestic piece of history that shall remain historic for the foreseeable future, and naturally this made King George "Fiffy" III very angry. He ordered his British troops to come over and start the American Revolution, a war which caused many people to die in the mud. It didn't matter if the battle was taking place in a town or on the beach or inside a toolshed; the people would always end up dying in the mud. The Americans who refused to die in the mud survived and lived to help promote Independence Day, a day celebrating an event which caused a whole shitload of people to be killed, much like Christmas.

However, today is supposed to be a happy day, one where we should forget about what happened back then and instead celebrate America by drinking liquor and purchasing products made in other countries. So this Fourth of July holiday, when you're sitting on your deck and grilling steaks while you watch your idiot children attempt to blow off their key appendages with explosives named "Thunderin' Inferno Happy Touch Elk Dragon Fire," keep in mind that the only reason you're here right now is because a lot of very, very, very dead people signed a piece of paper saying that you could be here. If they would've never created the Declaration of Independence, we'd all be currently watching some television show about two drunk women who seem to talk in a language they make up as they go along.

Oh yeah, and don't forget those fruity wigs too.

Toilet Love is in the Air! 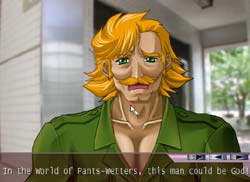 Once again proving that it's just not possible to lower your standards enough, Water Closet threw me a curveball when Nicholson's therapy consisted of tying Ikumi to a urinal in the men's room and urinating on her face. Even that was just the beginning of her therapy as he went outside and announced that a new toilet had been installed in the men's room. A hideously graphic multiple rape sequence followed, accompanied by the "bathroom rape sounds" I mentioned previously.

More quality entertainment from Japan! These prices are insane!