DREAMS OF THE GREAT EARTH CHANGES

Tuesday, Oct 26, 2004 by Rich "Lowtax" Kyanka (@TwitterHasBannedAllMyAccountsEver)
Know of an awful site? Send it to us and become a hero!

DREAMS OF THE GREAT EARTH CHANGES, submitted by halibut. Joe and Dee, two elderly trailer park residents who are convinced they possess a crippling array of psychic powers, explain their dreams of UFOs, crop circles, "pole shifts," and a bunch of goofy shit involving the number "11" along with the word "coincidence." According to them, everything good in the world revolves around the number "11," which is easily proved because "German 11 - elf" and also because "In England the number 11 sometimes appears in the decoration of Easter cakes." Well shit, cakes and elves, you sold me on this theory you crazy old fucks! 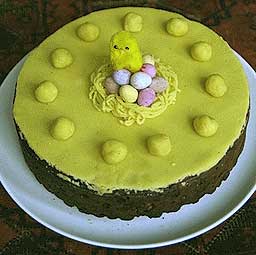 6-4-04 - DREAM - I was sitting on what seemed like a small oriental rug at the top of a steep hill - alongside a male companion. I picked up the front edge with my hands and riding like a magic carpet ride, we started sliding down the hill. We went faster and faster until we were going 80 miles an hour. (This number was given to me in the dream) At the bottom of hill, the road met another road like a T(tau) and unfortunately two cars pulled right in front of us - a blue one and a red one. The drivers of those cars obviously didn't see us and it was a good thing they weren't going the same speed, because we were able to weave in and out between the two cars with out hitting either one of them. We were all three hurtling down the road at breakneck speed, when a rather large U-shaped piece of metal fell off of the blue car onto the road and the car came to an abrupt stop. So, I dragged my heels on the ground and came to a stop, then walked back to see if the man was okay. The red car stopped as well and the driver turned out to be a cop in uniform. (karma) We told the man we would drive him and his broken car part to a garage to see if his car could be fixed, but there was a problem with that. It was the day before a big holiday and the whole town was shut down to celebrate. Our magic carpet was now a blue car and we told both drivers to get in the back seat of our car and we would drive them to the local garage.

There are like 500 million paragraphs devoted to these brain damaged dreams, chock full of pertinent information regarding Jesus Christ, Ragnarok, and believe it or not, the Golden Girls. I tried reading a few pages of this mess and nothing made any sense whatsoever, despite the author's daring attempts to connect everything together by repeatedly quoting the Bible and using "Aladdin" clipart. Perhaps you have to read it 11 times before you can understand it, but I'm not willing to find out.

PS: There's a page explaining the significance of the number 11 and what it means, but - here's a shocker - it makes no sense.