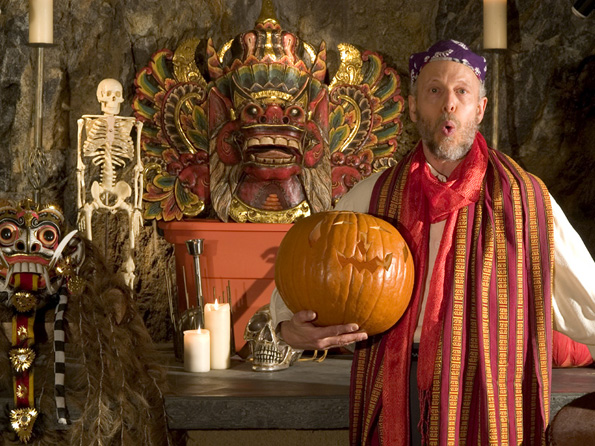 "Cave Music is a show without showmanship. So bring a spirit of adventure and cast off the burden of expectations."

"Cave Music doesn't aspire to be an amazing performance. But hearing it helps us amaze ourselves."

Cave Music performer The Improvisator undersells himself, because I'm sure playing Christmas carols on ancient instruments in caverns while dressed as a jester counts as "showmanship." It might also qualify as insanity. Spectators should probably drop a trail of bread crumbs as they venture through tunnels that have been "personally selected by The Improvisator."

So, who is this guy? The site offers only cryptic hints about his past, such as "a love of old and unusual things led The Improvisator to explore caves and other special places," Perhaps he's an enterprising musician with an odd gimmick. Or, more likely, he was abandoned at the mouth of a cave by heartless aristocratic parents hundreds of years ago, and he's been dwelling underground ever since, eating troglobites and stringing harps with bat gut. 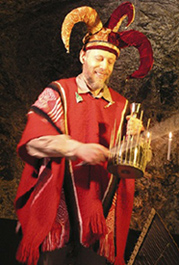 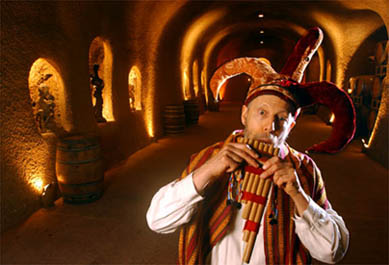