Official Simpsons merchandise sucks, but at least it's based on things the show actually contains, like catch phrases and pop-culture parody. Sideshow Bob-Fanatics stretches the tie-in spectrum from bad to fucking atrocious, using time-honored methods such as anime renderings, furry-style anthropomorphism and homoerotic pedophilia.

Submitter Darth Methodist wrote "the fact that anyone, let alone an entire community, can obsess over such an obscure persona boggles my mild." But given the content of these drawings, it's probably safe to say that "unhealthy supporting-character fixation" ranks pretty low on the "what the fuck is wrong with these people" list. 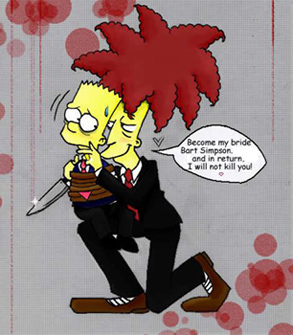 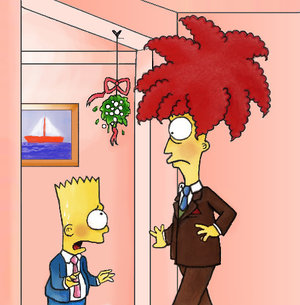