Move over again, Facebook! For far too long, Republicans have been harassed by Facebook's censorship gestapo*, on the personal orders of Chris Christie supporter Mark Zuckerberg, who finds conservatism personally abhorrent and wants all traces of it gone, advertising revenue be damned. Well, the Tea Party Community isn't going to stand for it any longer, so they've formed their own Facebookish site: the creatively named Tea Party Community!

Be careful about those "pokes" at Tea Party Community!

Now, you might not have noticed, but the Internet's apparently gotten a bit too leftist, so conservatives have been hard at work constructing their own shadow version that's more ideologically pure. They have their own version of Wikipedia, their own reddit (which seems a bit redundant...), and even their own Onion. (They also had their own Twitter, Postpiper, but all vestiges of it have disappeared). Now that they have their own Facebook, their dream of Going Galt and abandoning the Regular Internet altogether is one step closer to reality, which means that soon comment sections everywhere will be bereft of people screaming about Nobama. 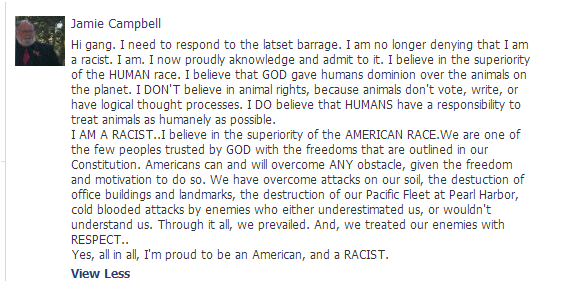 Tea Party Community looks a lot like Facebook, from design to borrowed code, only users are now free to post Sarcastic Wonka memes about guns free from the prying eyes of net nogoodniks who might have an opposing viewpoint. Basically, the content - some of which you might need an account to view - is what you'd expect: lots of swastikas, calls for the immediate impeachment for Barack HUSSEIN Obama and "John Kerry-Heinz" (by the way, remember W Ketchup? This Shadow Conservative Internet thing isn't confined to the internet), death panels, that sort of thing. 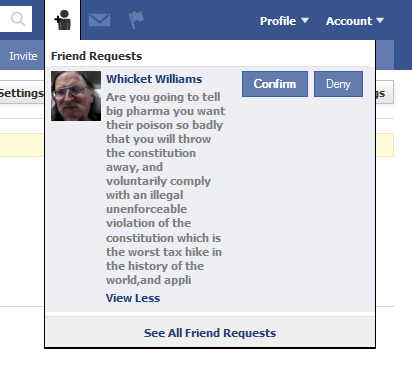 But because Shadow Conservative Internet is still on the Regular Internet, twisted liberal trolls are free to sign up. And boy, did they ever! From my calculations -takes out abacus and starts shaking it- I'd say at least half of TPC's members are trolls from our own forums** and Weird Tumblr havin' a big hootenany in enemy territory. There is a good chance that a lot of it is just trolls trying to troll other trolls in a recursive loop of trollery.

To curtail the troll menace, TPC's very own censorship gestapo has been handing out bans left and left. Members are fighting back as well; the most popular petition in the petitions section is one designed to "show those trolls we can stand up to them united," which assumes the trolls will suddenly recant once they see those 200+ signatures. (The second most popular petition is "Impeach Obama" with only 40 signatures.)

The only true way for conservatives to have their own social network without interference is to pretend it's for liberals. That way, a lot of conservative trolls will sign up, pretending to be liberals. Maybe it's already happened! Get ready, because by 2015 all communication will be Ironic.

how much of this [Facebook] censorship do you think was people getting their accounts deleted for literally threatening death upon Obama?

The apparent necessity of this announcement by a TPC admin gives us our answer! 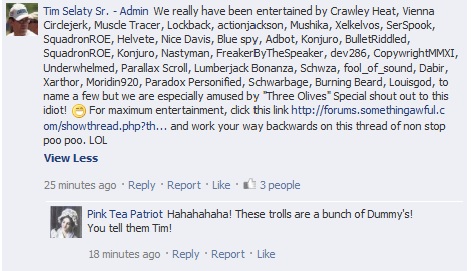