Howard Phillips Lovecraft, heaven knows, had a talent for writing which was of no mean proportion: only what he did with this talent was a shame, and a caution and an eldritch horror. If he'd only gotten the hell out of his auntie's attic and obtained a job with the federal writer's project of the WPA, he could have turned out guidebooks that would have been classics and joys to read forever. Only he stayed up there muffled up to the tip of his long gaunt New England chin against the cold which lay more in his heart than in his thermometer, living on 19 cents worth of beans a day, rewriting (for pennies) the crappy manuscripts of writers whose complete illiteracy would have been a boon to all mankind -- ah, but life is a boon -- and producing ghastly, grisly, ghoulish, and horrifying works of his own as well; of maneating things which foraged in graveyards, of human/beastie crosses which grew beastlier and beastlier as they grew older, of gibbering Shoggoths and Elder beings which smelt real bad and were always trying to break through thresholds and take over; rugous, squamous, amorphous nasties abbetted by thin, gaunt New England eccentrics who dwelt in attics and who were never seen or heard from again. Serves them damn well right, I say. In short, Howard was a twitch, boys and girls, and that's all there is to it.

OK, with that completely necessary Rudimentary Peni reference out of the way ... Forums member Ensign_Ricky found a most interesting piece of Lovecraft merchandise at his local used bookstore. The previous owner had left its pages curiously unmarked -- perhaps, LashLightning theorizes, the colours needed are hues man was not meant to know of -- so Ensign_Ricky offered the SA Forum Goons a blank slate to befoul with their wretched imaginations.

No recognised school of sculpture had animated this terrible object, yet Metanaut was willing to give it a try. 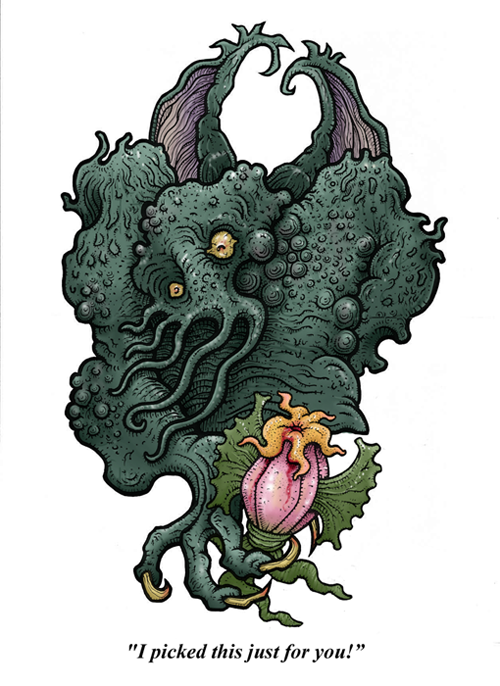 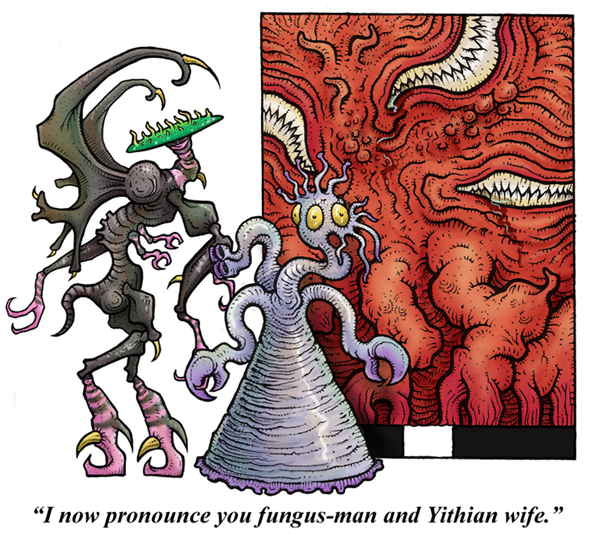