To me, the saddest food is probably the hot dog at Hooters, its grossly overstated "gourmet" billing somehow adding even more pathos and disappointment to the life of a desperate-for-female-interaction middle-aged-man whose spirits sink even lower when he sees this fraudulent entree delivered to his high-table-for-one by a server who can't entirely disguise the pity in her eyes. Or perhaps it's the soggy, slug-textured peanut-butter-and-jelly sandwich discarded with disgust by a 3rd grader whose mom overloaded it with extra grape jelly in a misguided attempt to please the distant child she's never quite been able to reach. The SA Forum Goons came up with lots of additional suggestions, and they're not so much traditionally ha-ha funny as they are deeply depressing. But when read as a whole, this menu takes on a tragicomic tone, and tragicomedy is a kind of comedy. Bon appétit!

Thanksgiving dinner for one. 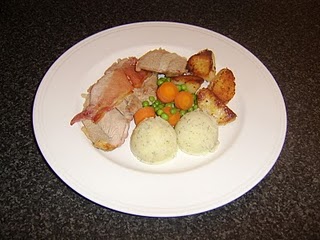 No food is sadder than ikizukuri. 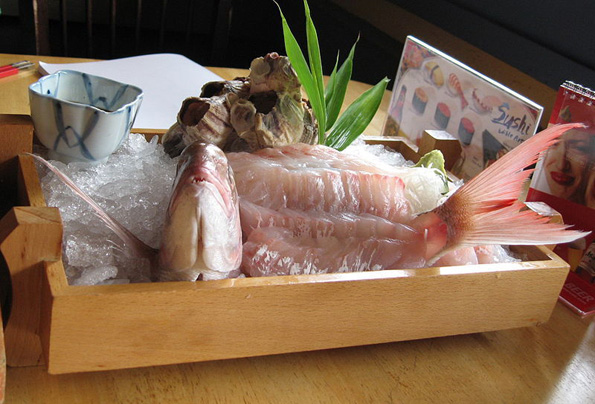 It is shredded wheat. Not frosted. A big block of it in a plain white bowl, half full of milk. It is on a table, where a man sits. There is no other food on the table.

The man is dressed in a white shirt and black slacks, and he'll put on a tie when he's finished. Maybe he's not alone, it's just very early and his family is still asleep. He takes his spoon and turns the block of shredded wheat over in its bowl, so that the other side can soak. He feels his hunger, but he waits anyway. After a period of time, of a length roughly the same as yesterday, and the day before (this time-period has become instinctual for him), he picks up his spoon and begins to break the block up. Not completely of course, just into chunks that fit squarely onto the spoon. The chunks usually have one side that's soggy and one side that's still a little bit crunchy. The way he spoons each into his mouth, along with an appropriate quantity of milk, puts the crunchy side at his teeth and the soggy side on his tongue.

As he chews, the crunchy side gets pulverized while the soggy side is mashed up by the natural motion of the tongue while chewing. When he has eaten all the chunks, there is still milk left in the bowl, and in it the crumbs that resulted from breaking the initial block. He does not raise the bowl to his lips to drink the remainder; even though no one is there to see, he sticks to his etiquette and dutifully drains the bowl spoonful by spoonful. When he is finished, there are still crumbs in the bowl. He gets up from the table, takes the bowl to the sink, and quickly rinses it out. He leaves the bowl in the sink; it will be dealt with later. He walks away to get his things, and then he leaves. The sun has not yet risen.

The saddest food is Ensure in a measured cup under the hawk-like supervision of unpleasant eating-disorder psychiatric ward staff in a fluorescent hospital cafeteria full of human skeletons. 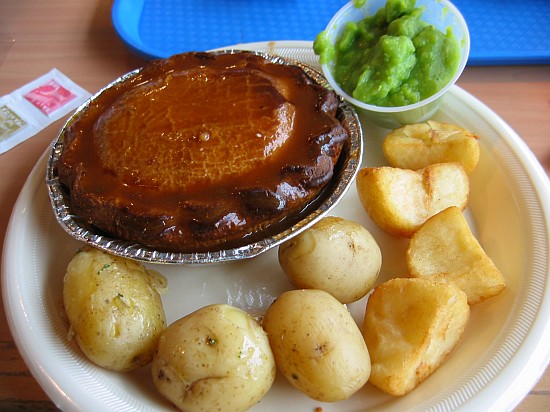