Don't read this shit while eating. It's gross stories about poop and pee. Real stories, ostensibly. From workplaces. Thanks to the SA Forum Goons for, er, uh, hmm.

When I was a serverfarm janitor on nightshift, I stuff a bunch of trail mix into my mouth then decided to go take a piss. I tried chomping down all the seeds and stuff before getting to the washroom. Well on the way there I bight into a fucking rock and almost break a tooth. I get to the urinal and spit a mouthful of trail mix into the urinal then piss on it. 20 mins later a co-worker busts into the office and asks "which one of you puked in the urinal?"

I pointed at my coworker.

My washroom at work has only two toilet stalls and then a couple of urinals beside those stalls. I'm taking a dump today in the stall beside the urinals when an unknown co-worker walks in. I hear him walk to the urinal closest to my stall and then he loudly sighs and exclaims "oh yeeeah". So far, pretty standard washroom fair. He then proceeds to start clearing his throat and coughing up phlegm but instead of spitting it into the toilet like a civilized human being I can hear him just launching these saliva projectiles at the floor. I feel like every single workplace washroom is always abused mercilessly so this still isn't surprising to me. Then as he starts to finally take a piss he starts singing in a loud operatic voice "Yesss Indeeeeeeed, YESSS INDEEEEEEED". I should mention at this point the other toilet stall was occupied as well so this guy has to have known he wasn't alone in the washroom. He left in silence after he finished peeing. I still hold a higher opinion of him than the mysterious assailant who wads up tons of toilet paper in one of the urinals every day.

I once worked as a tutor for developmentally disabled university students on my campus. I was in the library bathroom one day, having a really awesome shit, when I hear the door creak open followed by the familiar humming of one of my more autistic tutees.

I remained quiet, hoping to poop in peace, when I see a pair of sneakers appear below the stall door.

And he starts climbing over the door! His head pops over the top of the door, and while I'm mid shit, he starts talking about an assignment his prof had given him from his vantage point over the door. He's got a clear view of me on the terlet, and he's yammering away while I'm trying to tell him to shut up and respect my privacy.

Somehow, some way, someone managed to poop in the wall mounted soap dispenser at my previous place of employment.

OH BOY so last week I was poopin' and heard some guy come into the bathroom. I heard him go over to the automatic paper towel dispenser and get like six sheets of paper towels. He then walks over to the stall I'm in and violently shakes the door to confirm that, yes, the closed door means that there is someone in there. He sighs heavily, waddles over to the stall next to me, and starts taking a shitton of toilet paper. Roll roll roll roll roll roll roll roll and I figure that he's just covering the seat despite the fact that we do have actual toilet seat covers. He then straddles the toilet standing up facing towards the wall - so a weird peeing position, not pooping or sitting down on the toilet after getting all that toilet paper - and starts to pee and gets it all over the floor. He pauses, a glob of toilet paper falls down on the floor with a wet THOCK noise, he grumbles and continues peeing. When he's finally done he just kicks the wad of wet toilet paper behind the toilet and shuffles out, gets more paper towels (no sink noises), and leaves. 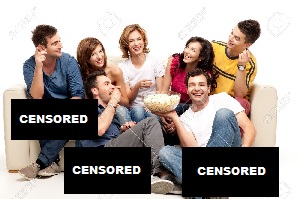 I used to work in a large office complex with lots of international companies working out of it.

This went on for a year.

A long time ago back when I worked retail, there was this customer who got livid we wouldn't accept a return on some shit (we regularly had people try to buy cameras/tvs, use them, then return them after whatever party then argue against the restocking fee). So this man decided to take to his own version of social justice. He proceeded to go into the bathroom and smear shit all over the stalls by hand. It had to be by hand because the shit was in literal places that didn't make sense. We're talking wiped on the sides of the stall and on the ceiling, on the seat of the toilet. Essentially everywhere EXCEPT inside the toilet itself. He put so much the whole bathroom smelled like fresh diarrhea for days. Never had I felt so bad for the cleaning crew, since management had one by one tried to coerce each of us to clean it (naturally everyone laughed at their faces no matter how serious they tried to be).

Worst of all, a second, unrelated person did this exact shit (no pun intended) again a few months later. I guess the suburbs have a way of melting people's brains in unique ways.

I used to work retail, and when someone made poopsies anywhere but the toilet it was called a "code brown."

Well it was no one in particular's job to clean up code browns, so the management would ask politely the first time, then the second time they would offer what was essentially monetary compensation to whoever did it. After a while, code browns started to pop up more and more frequently (they were a once every 3 months deal before), and management stopped offering the compensation for doodie pickup. The code browns mysteriously stopped after that.

Women's room is the worst (I asked our Janitor, he said the women are way nastier)

We have a call center in our building and so we have a lot of massive fatasses. Around 3pm it seems to be the time when they all go and take their afternoon power dumps so it smells like sour shit and farts. Every stall either has a brown triangle ass crack stamp on the back of the seat or the toilet is clogged so that it looks like a potted plant of shit and paper. I don't understand how your ass can be that filthy that you stamp shit where you sit (also, every stall has a seat-cover dispenser, so they don't even use these). Also, they had to install a sharps disposal in the bathroom because someone was trying to flush their beetus needles in the toilet.

Yesterday one of the toilets had a big dookie mark on the back of it. How the fuck did it get there? Did the poop come out of your butt like a banana and then just mash up against the back of the toilet bowl? How does this even happen?!!!

a couple months ago i went inside one of the single unisex bathrooms in the hall outside my office and found it trashed with paper towel dispenser broken, and a mini copy of gideons bible left on the sink...i opened up the bible to find a note written on the inside cover from what sounded like a little girl written to her granddad that mentioned the bible was a gift to him. i went from annoyed to amused to confused to weirded out then finally depressed in like 2-3min time

Went to the bathroom earlier in my corporate office building and someone had covered the seat more thoroughly in piss than I've ever seen, it was like that scene in Jojo's where Old Joe plays the whiskey surface tension game with D'Arby the Gambler, just a perfect layer of piss held to the surface of seat by surface tension, even in corporate people are fucking animals

Saw one of the onsite maintenance guys bitching to himself and went over to see what was up. He was angry because one of the toilets in the women's room was clogged so badly he was having to rip the entire thing out to get at whatever was causing the issue. It's the most heavily used restroom on site, and also pretty old and disgusting. Later, he gleefully told me what caused the clog - a plastic proximity I.D. card from one of the H.R. girls.

He was courteous enough to return it to her at her desk with what I'm sure was the world's biggest shiteating grin.

I've never seen poop on the floor but there's plenty of weird behavior in the toilets at my office. People will smash open the cubicle doors like they're participating in a poice raid then proceed to violently rip their pants down and start taking a shit while moaning and groaning like they're getting fucked. It's pretty off-putting.

It's not uncommon to go into a cubicle and see the toilet stuffed with wadded up toilet paper but never any shit. I don't know what the aim of that is. People will rearrange the toilet paper rolls in the dispenser by pulling out the half-used roll and replacing it with a full roll. This results in a pile of half-used rolls sitting on the back of the toilet. Again, not sure what the purpose of this is.

Then there's the normal stuff like guys carrying on full conversations while pissing, paper towel being thrown on the floor instead of in the bin, taps left running for no apparent reason. People are gross pigs and just don't give a shit about a space if it's not their own.

I was working at a job that was moving to anew office in a different building and I was one of the last two people in the old building. One night the other guy walks up to the womens' bathroom and says "I've always wanted to use one of these" before kicking the door open and going in. He came out a few minutes later bragging about how he pissed all over the floor.

So, I'm at the urinal, pissing, and this dude saunters up into the urinal beside me. Annoying but these are also urinals with dividers between them so it's not actually that annoying. Anyways, I hear him shuffle around out of his pants, and then,

like a fucking water balloon popped. He then zips up, less than a second after getting in front of the urinal, and walks out of my life, having changed it forever.