The Emmys are for Idiots ...

Mobutu Sese Seko is a blogger and freelance copywriter and, as such, he is made of money. He supplements his income with assets embezzled from the nation of Zaire from 1965-1997. He last stopped by to talk to us about Miss Destructo. You can read more of his political/pop-culture criticism and dick jokes at Et tu, Mr. Destructo?

Full disclosure here: I don't actually watch the Emmy awards or any award shows. In the past, I'd occasionally flip back and forth to them to see if anything interesting was going on, but now that YouTube and Gawker instantly compile the only legitimately entertaining parts of the shows, there's no point in bothering with the whole thing. (The only exception to this rule was the Jon Stewart-hosted Academy Awards, during which I was hoping he would make half of America very uncomfortable.) I don't have this attitude because I think I'm better than award shows. I watch a lot of garbage on television, often revoltingly dumb stuff like shows where they blow things up or the last four seasons of Law & Order: SVU.

Mostly I think I avoid awards galas because I just have an instant wincing reaction to anyone bursting into song, which accounts for about a third of all their original content. Aside from songs on really great comedy shows like 30 Rock, Futurama or The Simpsons, spontaneous musical theater makes my lips draw back in a rictus grin. I think this has something to do with knowing about WWII and the Holocaust as a small child and watching The Sound of Music. I kept shouting at the screen, "SHUT UP" and "THE NAZIS'LL FIND YOU IF YOU DON'T SHUT UP." 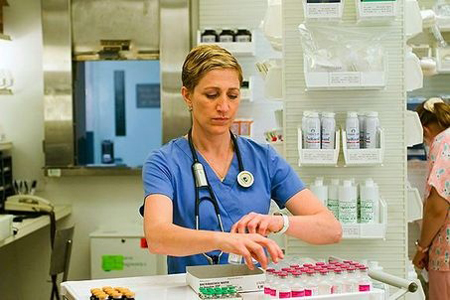 Giggle-girl Edie Falco (above, sorting) continued the Emmy streak of a Best Actress in a Comedy nod for a non-comic actress in a show that isn't funny.

Now, there's little point in complaining about old Emmy awards. We all know that Prometheus didn't steal the secret of Situation Comedy from Production Olympus and bring it to Larry Gelbart until 1972, and we all know that he was punished by Olympus until 1989, when he finally escaped and brought the final gift of Writers' Control to Matt Groening, James L. Brooks and Sam Simon. I could go into TV drama here, but that involves a long mythology about how the Lord of the Underworld (Steven Bochco) helped Davids Simon, Chase and Milch to be raised by wolves and found Homicide, The Wire, The Sopranos and Deadwood - all of which ultimately founded Rome, which was canceled after two seasons by morons.

As much fun as can be had mocking old winners and nominees, television has been revolutionized twice in the past 40 years. With comedy, it began with the layered irreverence and moral depth of M*A*S*H and was fully realized by The Simpsons. With drama, it began with Hill St. Blues and was fully realized by a murderer's row of solid shows on HBO. You can make a strong case for All in the Family kind of riding both these sea changes, but that interpretation depends upon your finding All in the Family the slightest bit entertaining, which I don't, and neither do any minorities or anybody under 40.

Anyway, the point here is that busting on the Emmys for the content of shows pre-dating these changes is sort of misguided, because it amounts to ridiculing a whole different conception of television, in terms of overall entertainment, pacing, intellectual challenge, meta-textual content, graphic subject matter and social flippancy. The problem with the Emmys is a problem of process, which can be pointed out with plenty of modern examples without going for the low-hanging fruit of wondering why the fuck anybody laughed at Phil Silvers, Hogan's Heroes or Love, American Style. 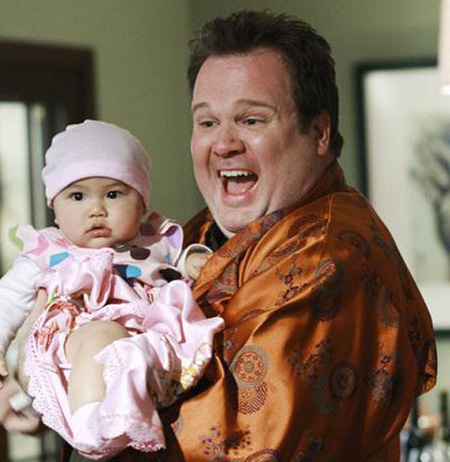 For instance, a quick look at any of the lists of winners linked from the Wikipedia page for the Primetime Emmys within the past generation or so is enough to annoy or generally confuse you. With the big-name awards, they tended to get the winners right, but the nominees are just Godawful. Take Outstanding Comedy Series; just look at it. They nominated Night Court? Really? I watched Night Court back when I was so young that I still had serious opinions about which was the superior pizza chain with a go-kart track and animatronic bears that played rock and roll with each other. Even back then, there were only three things about the show that were funny:

1. That its set looked so cheap that I kept expecting Dr. Who to show up on a charge of trying to show a young girl his TARDIS.

2. That the women who played the female bailiffs died, like, every season.

3. That its creator was named Reinhold Weege.

Hell, despite not being equipped at the time in any sexually functional way except those in which I might appeal to someone's uncle, I didn't watch for the comedy. It didn't seem to have any. I watched to see if Dan Fielding was ever going to doink Christine Sullivan. See? - that's how flawed the show was. I was still young and innocent, and even I didn't buy into the alleged chemistry between her and Judge Harry Stone. The sleazy prosecutor seemed like the hero, and I hadn't even been through middle or high school to generate any sufficient sociopathy yet. 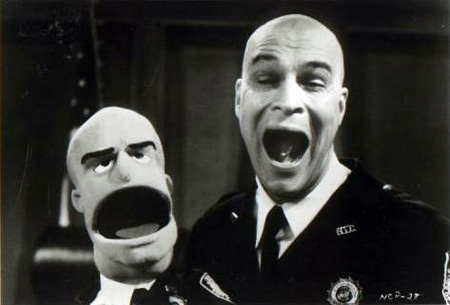 I'm genuinely concerned about what this guy's going to do when he finds out I impersonated him on Twitter in a gritty series of updates about his confronting the darkness inside.