In the year 2126, real estate mogul Richard Kyanka found himself forever banned from the Reddit.com forums. His crime: attempting to re-popularize the little-known "ate my balls'"meme from the late 20th Century. Infuriated by the total lack of testicle-related humor present on the cyberspace he knows and loves, Richard vows to enact his own brand of nerdy revenge. Armed with nothing more than a basic knowledge of scripting and a case of his favorite urine-based energy drink, he decides to travel back in time to destroy the internet itself.

Things were all going according to plan until Kyanka's time-traveling Chevy Malibu suffered a catastrophic breakdown in the year 1998. Trapped in time with no accessible income, Richard opens his own website in hopes of one day accruing enough money to repair his American-made, nicely appointed, automatic transmission time machine. Over a decade later, the time-traveling Malibu still sits parked behind Something Awful headquarters, almost completely forgotten... until... 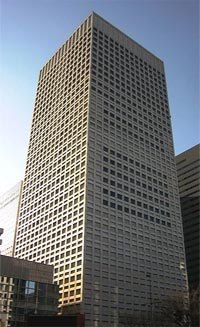 BOB: Did someone finally fill the Mike and Ikes bowl in the break room? And not with stale dog biscuits this time?

JOSH: Old Man Lowtax told me I couldn't leave work until I took all of the Snickers wrappers in my cubicle and his garbage out to the trash. So anyhow, I hauled all of that shit down to the dumpsters out back, and that's when I found...

JOSH: Close, but no. I found this wicked-ass, baby blue Chevy Malibu parked beneath an old tarp. I ran back up to Lowtax's office to ask him about it.

BOB: You mean Old Man Lowtax actually let you within 30 feet of his desk without hurling an entire string of Black Cats at you!?

JOSH: Yeah, I actually went in. It's not at all what you'd expect. There's stuffed cougars and framed portraits of Andre the Giant everywhere. It was hard to see because it's all lit with black lights, so I can't be sure. Anyhow, it turns out the Malibu is actually some kind of time machine! Apparently Old Man Lowtax was hopping around time and space trying to make Zip drives the world's leading storage format (for undisclosed reasons) when the A/C went out on the car. He told me the time vortex is something like 90 degrees and incredibly muggy, so I guess he kinda gave up on his exploits.

BOB: Well, if you climb out of a time machine all sweaty and gross, no one would ever take you seriously.

JOSH: Exactly. So you know how my car kind of exploded last year and I've not been able to afford one as a comedy writer?

JOSH: I told Lowtax that I'd write no less than twenty separate front page articles about dogs and dog-related humor in exchange for the keys to the Malibu, and he couldn't have been happier about the trade.

BOB: I don't see how a time machine could possibly help us, aside from solving the Mike and Ikes debacle.

JOSH: Aside from Mr. Wizard and Terrorbears, I'm completely tapped for shit to write about. We could vault ourselves through time and draw inspiration from the great things our wonderful future has to offer! Plus check this out -- I went and dug some SA tank tops out of the closet so we don't overheat during travel! Prepare yourself to see the hairiest time traveling chest of all time!

BOB: I hope you don't care that I will be wearing a t-shirt under mine!