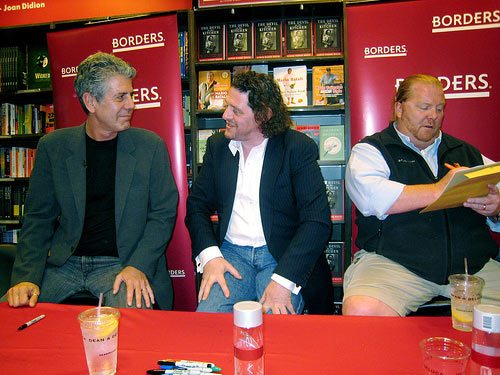 Iron Chef America: Now with 30% less reality - Behold, our hopes and dreams have been dashed like so many nitrogen frozen beet juice balloons, ending in a slightly sticky and sweet puddle on the plate of a judge who can't tell the difference between pan seared ahi on a bed of microgreens and a Morimoto-special anchovy icecream.

Holy shit I nearly killed us... - BOTULISM WILL KILL YOU. 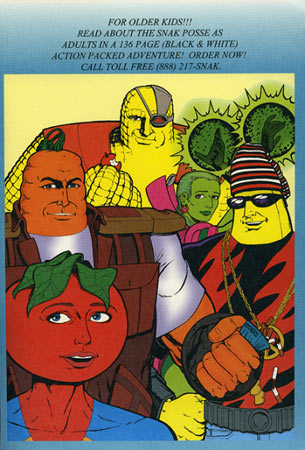 Anonymous vs. Scientology 3 -- Birthday Party Edition - If you are still somehow unaware of Anonymous and the church of Scientology then watch this Panorama documentary, featuring the fantastic performance of a church official impersonating a human being. Be there March 14th in Clearwater and March 15th worldwide as we celebrate the birthday of a great man of science fiction.

Holy shit... I was on Jimmy Kimmel Live? - TRUE STORY: I once asked Sarah Silverman what it was like being married to Jimmy Kimmel. She said there was a running joke that he was Mr. Silverman. Then she shouted the word cunt but it was cool cause she's a girl.

Lets ask Google Image Search meaningful questions! [IMG HEAVY!] - Seriously there's a LOT of pictures inside and you old men with your 56k modems can't handle this thread where we treat GIS like Ask Jeeves. Seriously [56k NO].

Are you fit enough to be in the SNAK Posse? - Super Nutritionally Active Kids are here to take on the legally distinct Blow Camel and Mare McCheese.

Photoshop? In MY browser? (Get your Aviary invites inside) - This program looks like it will be really cool shareware version of photoshop but sign up now because the OP has 50+ pages of emails to scan through before he gets to your invite.

Facing My Mortality... - For real U.S. Army recruiters are so desperate for enlistees they're cruising the intensive care unit come check it out.