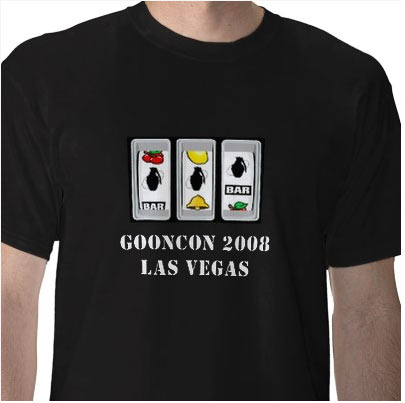 GoonCon 2008: Pack Your Bags and Buy Your Tickets! - Last year in Montreal, 120 goons showed up for the GoonCon. Can you guess how many showed up with Nightmarez and Blackbelt Bobman running the show? 15 . Skip to page 8 and see why BB and Nightmarez consider this a success and why they shouldn't be blamed just because they were event coordinators.

Your Best Bon Mot - Bon mot is French for, "I guess you had to be there." 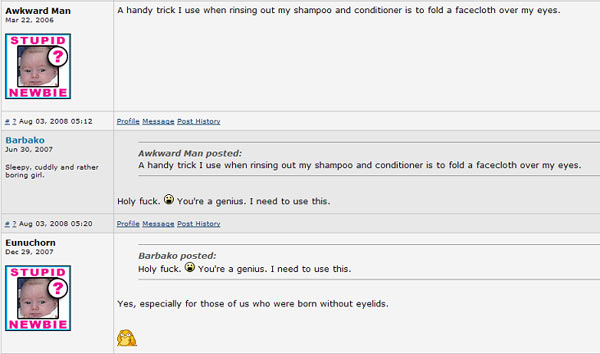 Fictional characters as goons - It seriously took 11 pages before someone did Confederacy of Dunces?

Why are you a Republican?? :) :elephant: - 'happy lolidays', ever on the pulse of politics and philosophy, combines the two to form an elaborate concoction which deftly satiates the proletariat palette, drizzled in shit.

corporate posting sponsorship is coming, and we all need to embrace it. - With the absence of a 'Russ' thread this week was looking pretty dire. Thankfully 'MOSS FACE' stepped in and although he still missed the mark by a Jamaican Bob sled Team, he did a fantastic job. We are so proud of him! The reader (you, try to keep up) is tickled pink whilst mixing with the stars, now so e-famous they have their own sponsors.. (ellipsis added for dramatic effect) 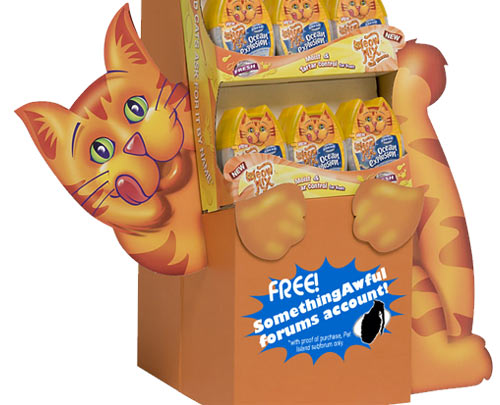 i think i would like having sex quite honestly - 'TERRIBLE ASSSHIT POSTER' has several things going for him. For one his username and avatar are perhaps the most apt of any user on the forums. This is a good thing perhaps for the sake of synergy; I can't really think of anything else. What he does have is a myriad of crippling social problems and actually just problems. He has problems.