Given that I am an expert on musical genres, people often ask me what hip hop really is. Is there a difference genre-wise between "real hip hop" (like when white people rap about how great life is), as opposed to something that is not real hip hop, like when black people talk about the size of their rims (they are often rather large)? These people are missing the point. Hip hop is a big genre that includes both of those things, and it also encompasses lots of music incorrectly known as "rock." This article will provide a guide to which artists are or are not hip-hop. 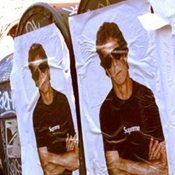 Mr. Reed once claimed that because he had never sung a word in his life, he should be on the cover of hip-hop magazines. At first glance, this seems to have merit: He practically invented the idea of songs about going to buy drugs and/or having weird sex, possibly while on those drugs. The first album he recorded, The Velvet Underground & Nico, even featured an attractive singer he was fucking at the time, laying the groundwork for the majority of guest appearances on modern rap albums (oh sure, like all those random dudes on Wu-Tang albums are just there for their voices, mmhmm).

What prevents Reed from being hip-hop, though, is the "live albums" problem. Aside from the fact that he's released a million of them (very un-rap of him), he phones in every single he's recorded since 1969 and sounds bored beyond belief. Sorry, but acting incredibly bored onstage and being too intoxicated to differentiate any of your songs from the other ones is the most rock-and-roll thing ever. He might as well have gone on MTV and said something stupid about how rock is great, and then had a bunch of old-fart publications re-idolize him for it. Oh, right. People still respect this guy? He should be doing yearly appearances on other people's albums where they bow down to him for eight bars, not making music for dogs with his wife. Have some self-respect. Verdict: not hip-hop.

For nearly two decades now, Robert Pollard has been releasing shoddy albums at a ridiculous rate, each of which includes about two dozen short tracks. Because of this, it's pretty obvious that he's a mixtape rapper. At least, I hope those are mixtapes, because no one can convince me that Alien Lanes is an actual album filled with actual finished songs. He probably already has a side project in the works with Kool Keith, so they can exchange observations about robots and aliens and sex with tractors (only one of them currently raps about that last one, but that's okay, Keith can learn). Plus, King Shit and the Golden Boys would be a spectacular group name. Verdict: hip-hop. 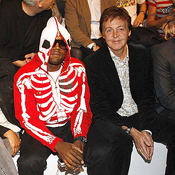 Half-hour long short films with his music and terrible acting? Mr. Ye is probably closer to a combination of Bollywood music and '80s Bowie at this point. This obviously says a lot for the quality of his music, but not a lot for its being-hip-hop-ness. Chances are, his huge ego is just a grand character he's playing as a parody of the perils of musical success, and this character also happens to be named Kanye West. Bowie would be proud of this innovation: Why bother getting people to learn the names of your characters and what defines them instead of just granting yourself a bunch of nicknames and acting like a lunatic while still making good music?

Kanye recently got ballet-showcased live on national television. There is no way anyone even remotely associated with hip hop has the necessary pull with white people (aka The Man) to dedicate ten minutes to a modern dance piece with a live improvisational segment. Previously I used to just think that Kanye was a reincarnation of Dylan, seeing as he couldn't sing for shit and made great songs for other people, but if that were true he'd be making some Self Portrait-like double-disc garbage at this point. Some of you might say, hey, how can he be reincarnated Dylan if Dylan is still alive? Look at him. Look at Dylan and tell me that is a living person. Verdict: not hip-hop. 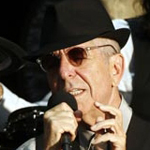 You probably think you know where I'm going with this one. "Oh right, obviously, Cohen has a dull monotone for a voice so he's a rapper. You sure are clever." I am, thanks, but this is about how he invented songs about specific people he's slept with. He writes some rhymes about a girl, gets famous because of it, gets a blowjob from a celebrity, writes a song about that too. Those are some balls right there, and I almost want to call him the original Spank Rock for it, but I can't get over the fact that he's Canadian and people like him in Europe. What's a rapper they like in Europe? They probably go see Anticon assholes and make drum-and-bass remixes of has-beens that are just too good for 90BPM. Sorry L Cohen, get a real fanbase and we can talk. Or at least, we can nonchalantly mumble with some overdubbed choruses in the background. Verdict: not hip-hop.

For their debut album, they took a bunch of other people's songs, added better drums and vocals, and gave themselves sole writing credit. Verdict: hip-hop. 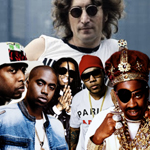 The icon from which all people involved in "alternative rap," where people don't even have enough creativity to talk about sex and money in interesting ways, draw their inspiration. And you know how rappers think they can make weird solo albums and keep their main career with their group going at the same time? Lennon invented that. Then when he finally left, he made a diss track against his former bandmember. Obviously I have to proclaim Mr. Lennon hip h-

Wait, no, scratch that. This is my chance to take a stand. White people already can't stop talking about what a great and innovative band The Beatles were, and now I want to tell a whole other group of music fans that they should do the same? We'd never hear the end of it. We'd hear remixes of "Tomorrow Never Knows" for the next twenty years. Just for that, fuck you Beatles, I am de-genreing every single one of you and everything you ever did. Now no one can claim anything you did as an inspiration, because I said so. Verdict: not hip-hop, not rock, not pop, certainly not experimental. Nothing. A soundless void.

Jesse "kingcobweb" Mason has a blog now. It's been up for two days but it already includes five long-ass posts. I'm pretty sure it's going to become my go-to source for updates on The War between Uffie and Ke$ha. Uffie rules.