When actor Scott Baio took the stage at this year's Republican National Convention, the GOP had no idea this former Charles in Charge star would be met with such ridicule. In an effort to save face, other celebrity speakers were removed from the event--even though the RNC's website took a few hours to reflect any changes. In a Something Awful exclusive, we're proud to present the original, unchanged text describing the celebrity guests who were forced to instead take in the many sights northeast Ohio has to offer. 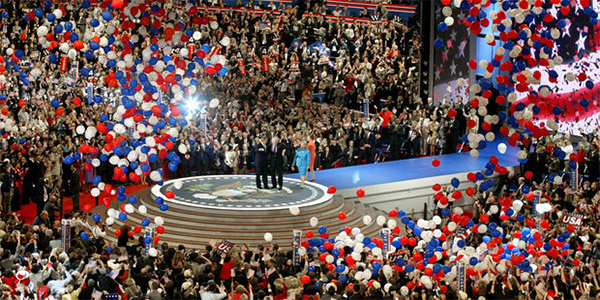 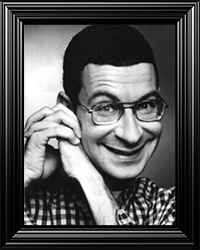 When he's not busy with his voice acting career he had 20 years ago, Eddie Deezen is mostly known for his iconic roles in Grease, Laserblast, and as the actor who probably should have been in Revenge of the Nerds, but actually wasn't. Though he's recently fallen on hard times and has no history of boasting his conservatism publicly, Mr. Deezen has charitably agreed to be paid in containers of mac and cheese from our craft service table in lieu of cash or check. Join him this Tuesday night for his one-man show, Matthew and Me, an account of his few encounters with Matthew Broderick on the set of WarGames that he promises will highlight the benefits of a Trump presidency in some way. 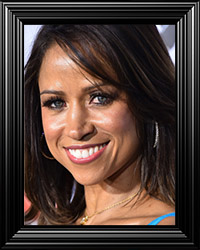 When it comes to acting, Stacey Dash has done it all. From playing a high school student in Clueless to playing the same high school student in the made-for-TV adaptation of Clueless, she's truly had a storied career. And while Ms. Dash claims she's successfully avoided the lure of Liberal Hollywood by intentionally shying away from the silver screen for over 20 years, she recently made a name for herself once again with her successful transition to Fox News commentator. Even if she's mostly known for two decades of acting excellence, Ms. Dash has quickly gained a following with her good looks, sharp mind, and ability to make harsh, unsubstantiated criticisms of her own race while mostly avoiding getting suspended from cable TV. Join Ms. Dash Wednesday for her presentation "As If: Unpacking the Left's False Benghazi Narrative." 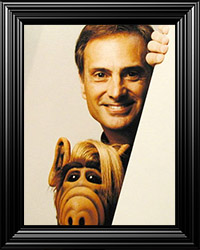 Back in the Golden Age of post-war America--the Reagan Years--ALF made a generation laugh, and taught viewers the virtues of rugged puppet individualism. And yet, despite his incalculable success, ALF disappeared just as the Clinton years began, signaling the Dark Age of our great country. Was ALF just a fad, or did the failure of 1996's Project ALF signal America's slide into tragedy in the midst of a murderer-rapist President's eight-year reign? It's a question that's kept all of us awake for the past two decades, and luckily, Paul Fusco, the creator, voice, and puppeteer of ALF is here to explain how he and his famous puppet were silenced in Obama's America. Join him this Monday for "No Room for ALF: Selling America's Most Popular Alien in a Country Run by an Illegal One." 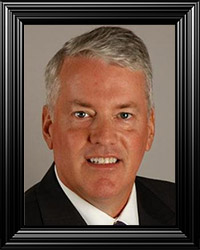 The Grandson of the "Where's the Beef?" Lady

In the early '80s, a spunky geriatric named Clara Peller challenged the notions of conventional science by demanding more red meat in a decade where the health craze of "regular exercise" sought to rob Americans of valuable hours better spent running small businesses. Though Ms. Peller passed away nearly 30 years ago, her grandson, James Peller, is here to carry her Greatest Generation spirit into the 21st Century. As foreign imports like burritos, sushi, and even pasta meals threaten to unseat the hamburger as the number one all-American food, James has made it his mission to investigate local schools and ask their cafeteria staff the same question his lovable grandmother posed back in 1984. Be sure to join him this Monday for his interactive presentation, "Controversial Opinions About Israel My Grandmother (The "Where's the Beef?" Lady) Probably Would Have Agreed With." 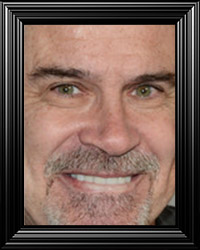 When we asked funnyman Dennis Miller to speak at this year's Republican National Convention, he told us, "Babe, this is such an easy gig it'll make Washington crossing the Delaware look like Gary Hart undocking the Monkey Business to stock up on more fuzzy navel ingredients." We're not quite sure what that means, but he cashed our check so he should be here this year. Be sure to join the Bordello of Blood star on the final night of the Republican National Convention as he proves he's an equal opportunity offender by roasting some of the most notable members of the right. Will he poke fun at Paul Ryan forgetting to tuck his shirt in that one time? What about Mike Pence's forgetfulness when it comes to proper coaster use? Whatever the case, you can buy copies of his best-selling album, The Rants directly out of the trunk of his 1997 Toyota Celica after the show.