What's up, rappers and rockers? 2010 is finally finished, and a new year is bursting onto the scene with all the energy of an exciting young rapper like Wale. All around us, the music world is changing into something new and unrecognizable -- labels are going belly-up, a vocal effect called Auto-Tune is the hot new sound, and 'hashtag rappers' are taking Twitter posts and transforming them into hit singles. What is happening to the urban sound we've come to know and love? Is modern rap still REAL rap? And will profound street knowledge break through into pop culture and open America's eyes to the harsh realities of urban living and the power of great music to let people have fun... regardless of their race? It's time to take a look back at the year that passed with one eye, while keeping the other eye firmly planted on the future of rap. It's time for "Randy's Rap Up of Rap Music 2010."

If there's one thing I think of when I think back on the year that just passed with the speed of a complicated Busta Rhymes verse, it's that 2010 was definitely The Year of "Swag."

There's a good chance that when you hear the word "swag," you're thinking of free T-shirts from software conventions... or, if you're like my neighbor Rick, you're probably thinking of the Mexican dirtweed you buy from that guy Chuck when he meets you behind the Circle K and I have to wait in the car. But if you're plugged into the streets like me, you know that the word "swag" has made a huge debut in the world of rap music, and it represents a rapper's personal style and sex appeal! 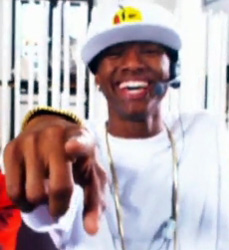 Atten-Hut! It's the Soulja of Swag!

Coined by unlikely YouTube favorite Soulja Boy in his hit song "Turn My Swag On," the swag sensation has taken the rap scene by storm. It's not unusual to hear rappers from all over the country talking about their swag and their swag-filled ways. If you hear a rapper on the radio today, there's a good chance he has swag, and he won't be afraid to let you know about it!

One thing is for certain -- now that swag has hit the scene, rap will never be the same!

It wasn't long ago that a hard street rapper wouldn't be caught dead admitting to owning a computer. But nowadays, the Internet is big business, and everybody's joining in the fun and excitement of cyberspace, even thugged-out artists who you might associate more with gunplay than playing online games. 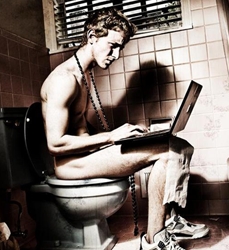 Through the magic of the internet, rappers like Asher Roth (pictured) can even battle on the toilet!

As a result of the new-found alliance between rap and computers, many arguments and 'beefs' between rappers have spilled off of the streets and over the guardrails of the information superhighway. While it might have once been common to witness two rappers battling on an urban street corner, these days it's far more likely to find them 'keystyling' at each other on Twitter or Facebook. And while some people may decry this phenomenon as a lack of keeping it real, I think it's a great step forward in removing the violence from rap music. How many pointless murders could have been avoided if rappers had decided to "murk" each other over their modems instead of getting up in each others' faces on the city streets? My guess is: "a lot."

Independent Music FTW (For The Win!)

When historians look back on the year 2010 from their advanced civilizations in the future where people of all races can chill and enjoy rap music together, they will certainly think of this year as the year when major labels finally kicked the bucket. Although labels like Capitol and A&M provided fans of rap with decades of high-quality hits, sometimes the winds of change blow down even the biggest trees, and topple the strongest record companies (That was a totally dope little freestyle rhyme if you read it in rhythm, by the way.) Too many labels were being run by out-of-touch businessmen who didn't understand the needs of a rap audience. Label sales rapidly decreased, and the emergence of independent rap labels like Anticon, Amalgam Digital, and CDBaby helped sound the death knell for the dinosaurs of the business. Soon, enterprising rappers even began to release their own albums on YouTube and file-sharing sites all over the Internet. 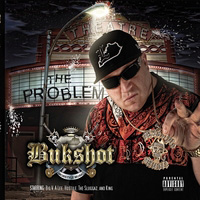 From the wrestling ring to the retirement home, Independent Music is making players out of everydayers.

Chances are, a lot of the songs you heard on the radio this year weren't released by a big record label and recorded in a huge studio with tons of flashing lights and a coffee machine. There's a good chance your favorite rap song of 2010 was recorded in a small, smoky bedroom, on Pro-Tools equipment paid for with drug money or the winnings from a neighborhood craps game.

It may be hard to believe, but you might be living next door to a recording studio right now - just put your ear to the wall and listen for the bass. This definitely works better if you live in a big city, though, and not in the suburbs. For instance, I don't live near any recording studios. On the north side of my yard is Rick's house, and on the other side there's just a crappy old run-down bungalow that belongs to this angry old guy named Fred who shakes his fist at me every morning from his porch. Across the street is a Papa John's.

Independent rap has definitely taken the power out of the hands of boring guys in suits who don't understand rap and put it right back where it belongs. Lately, it seems like the biggest rap moguls are scrappy young city-dwellers with no formal training in recording or music, just trying to get by the best they know how in a dangerous urban world full of peril and gunfights. But that's how things are nowadays, and for many, all it takes to be the next Dr. Dre is a hard beat, a rhyme, and a dream.