What is slacker music and where can I hear it?

Easy there, one question at a time.

Well, it's not really a genre so much as it is a lifestyle. It's a lot like hip hop in that regard. Generally it's just about not taking things too seriously.

College radio stations, Beavis and Butthead reruns, and wherever cool people are found.

Can you give some examples?

I guess I'll start with what some might call the definitive slacker band, Pavement. 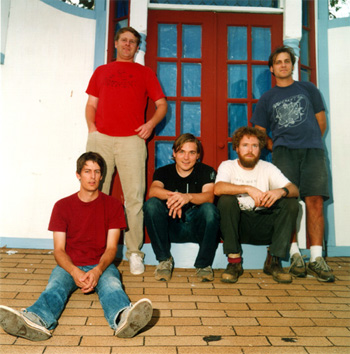 These guys don't have a care in the world. All they want to do is rock.

Although elements of slacker music have existed since the invention of music itself, it wasn't recognized as a distinct style until the early '90s, when Pavement was just emerging from their primordial couch cushions. Needless to say, they made quite a stir in the music world. Alternative was becoming mainstream at the time, but Pavement was an alternative to that, making them double-alternative. They have several albums worth listening to, but you really haven't experienced Pavement until you've seen their amazing live show. 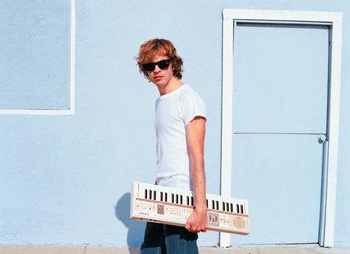 He's something of a polymath, juggling being a musician, visual artist, and scientist, and he does it all without being pretentious. Some have called "Loser" a "slacker anthem," but unlike most other anthems you don't have to stand up or even put your hands anywhere special. He's super eclectic too, and his songs have elements of just about every genre you can think of. Each album has a unique feel, from funky to folksy to crushingly depressing ... actually, Sea Change might not count as slacker.

Then there's Chapel Hill, which some have called the Mecca of slacker music (or was it Seattle?), home to such acts as Polvo (Latin for "octopus"), Archers of Loaf (Latin for "masters of loafing"), and, on the more mainstream side, Ben Folds V. Of all the Chapel Hill bands, Superchunk made the biggest impression in the larger slacker scene. 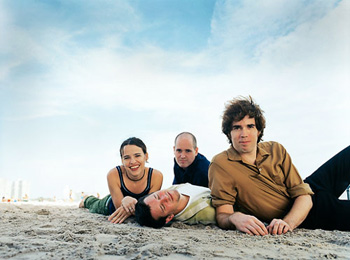 A common misconception is that because slackers like to take it easy they must be lazy. This simply isn't true, as demonstrated in the song "Slack Motherfucker". [WARNING!] This song is NOT safe for work, because your boss might hear it and think it's about him. In this song, singer and Kinko's employee Mac McCaughan realizes that he is the only one working while his boss is "slacking off." Mac then gives his boss a piece of his mind for trying to co-opt slack culture.

Eventually, the band realized that working for the man sucks, so they started their own business, Merge Records. Now they could publish their own music, as well as other slacker music from Chapel Hill and around the world. Sometimes the label releases more serious fare, like Neutral Milk Hotel, but like every business, they have to make ends meet somehow.

Isn't all this just indie rock?

Like I said earlier, slacker music is a lifestyle, and it can include indie rock, but it covers all kinds of genres (like Beck does). Allow me to demonstrate.