Sunday, Feb 23, 2003 by Taylor "Psychosis" Bell
The craze of working at Gamestop is sweeping the nation, and my 700 square-foot chunk of the nation is no exception. Forget being a millionaire rock star whose only daily concern is having a sore ass from sitting too long on your diamond-encrusted toilet seat, a real dream job involves frantically trying to talk to customers on two different phone lines at once while simultaneously attempting to explain to the angry guy in front of you that he can’t get a warranty replacement for his Playstation 2 if his wife got mad at him and threw it in the pool. It may not be particularly glamorous, but it’s better than going without necessities like food and Bad Religion CDs, so every day I drive to work with a cheerful attitude, an irrepressible smile and the hope that my manager won’t mind that I’m showing up 20 minutes late and I somehow managed to put my shoes on backwards. I’ve managed to go for over six months without being fired, mostly due to my strategy of periodically running into the store in a cheerleader outfit and racing around shrieking “One two three, don’t fire me, I’m a neato employee!” in a really shrill voice, so you can feel safe using this brief article as a guide to surviving in the rough-and-tumble world of working in the lucrative “consumer electronics, entertainment software, and spending hours and hours arguing with people who personally hate you and want you to die due to problems with the aforementioned consumer electronics and entertainment software” division.

The communist and/or nazi propaganda fed to you by the company suggests that Gamestop's customers are to be valued and treated with respect, but any good employee knows that customers are cancerous barnacles who exist for the sole purpose of attaching to you and asking you questions, making purchases, and performing other heinous acts that prevent you from going to the backroom and finishing up your Taco Bell strawberry cream cheese pie. However, I suppose it is unfair to claim that all customers are like this. In reality, a lot of customers have developed far more devious and effective methods of torturing you to the point where you start repeatedly punching yourself in whatever organ has the highest probability of bursting and spilling some sort of poisonous fluid into your bloodstream. Be sure to carefully study every inch of the following descriptions of the three basic customer types that comprise the Axis of Evil - the clueless, the angry and the bizarre. 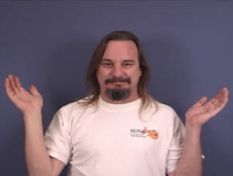 This man has no idea what he wants, but he is convinced that if he doesn't find it immediately it will be a calamity of epic proportions. Also he is upset that Gamestop does not sell Star Trek novels and ham.

This is the kind of customer who will dazedly stumble into the store after his son asks for Suikoden for his birthday, dimly aware that Suikoden is one of those little shiny things that gets shoved into the VCR-looking box at home or perhaps some kind of Scandinavian dessert. By order of the We Hate Retail Employees Organization, these people are never allowed to directly answer questions like "Any idea what you're looking for?" or "Would you please stop drooling all over the carpet?" Instead they must stagger around the store with the precision and grace of a pregnant hippopotamus while leaving a trail of knocked-over display boxes, misplaced games and crying employees in their wake. Since this type of customer is unable to locate what he is looking for on his own he will employ the tactic of saying he doesn't know what he wants but he needs it immediately, followed by staring intensely at you while you desperately rattle off popular game titles in the hopes that you'll get lucky and say a name that will cause the dust-covered neurons in his brain to begin firing in a way that will cause him to either remember what he's looking for or have an aneurysm and explode. The latter happening on its own is very unlikely, so to deal with this customer I recommend carrying around a small rocket-propelled grenade launcher to assist him in the exploding process if he gets too frisky. 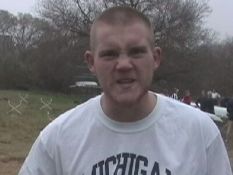 Like people from Texas or any other state where the idea of recessive genes staying recessive through non-incestual reproduction is a distant memory, the Angry Customer™ has a very focused and driving hatred towards a certain minority group. Unfortunately that minority group consists of you, your entire family, everyone you work with and everyone you don't work with. Needless to say this type of customer is not particularly pleasant to be around, particularly when he's in front of you screaming about the probable illegitimitacy of your birth and ascribing an impressively large number of adjectives to your mother because the X-Box game he bought a week ago no longer works after he sat on the disc, broke it and stuck it back together with postal stamps. Under no circumstances should you attempt to combat his insane ramblings with logic, because doing so carries a significant risk of making the Angry Customer level up and evolve into his upgraded form, the dreaded Really Really Fucking Angry Customer. The RRFAC's fearsome attack pattern involves demanding to speak to your supervisor, arguing with the store manager, demanding to talk to his supervisor, and repeating this pattern until he ends up in a heated personal argument with the CEO of the company who proceeds to hang up and put out a $50,000 hit on him. If this doesn't happen, you shouldn't be too worried about repeated RRFAC attacks, as they nearly always leave the store with the cutting and brutal parting shot "Well, I won't be coming back to THIS store ever again!!" Ouch.