Friday, May 06, 2005 by Josh "Livestock" Boruff (@Livestock)
With "Superman Returns" under production, nerds are salivating over the thought of comic's most well known superhero returning to the big screen. Not surprisingly, the release of the first shot of the new Superman triggered a lot of ruckus online, including on the Something Awful Forum. Some were a bit disappointed, some excited, and others decided to have fun with the picture. This week we're doing things a bit differently, and showing you a number of goofy takes on the new big screen Superman. It's not the typical Phriday, but hey, a little variety is good.

For the record, this is what your new 2005 model Superman looks like. Pretty darn... mediocre. 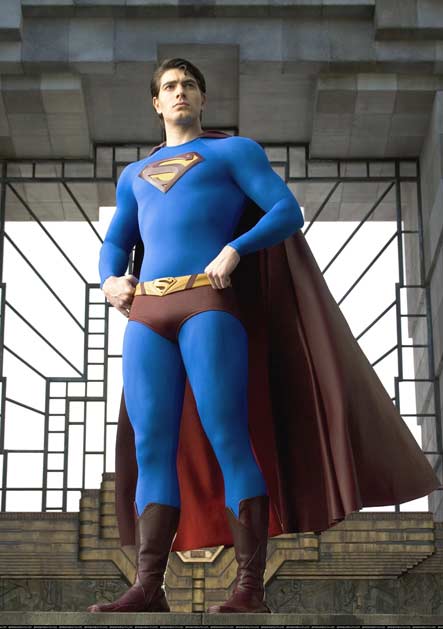 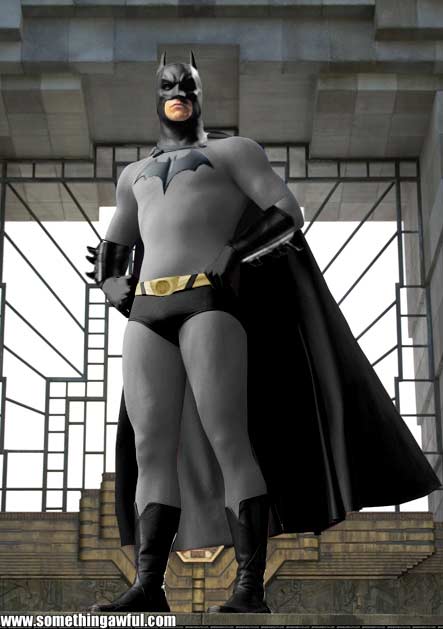 onilly is used to seeing his name in sex offender databases, so this will be a new one for him! 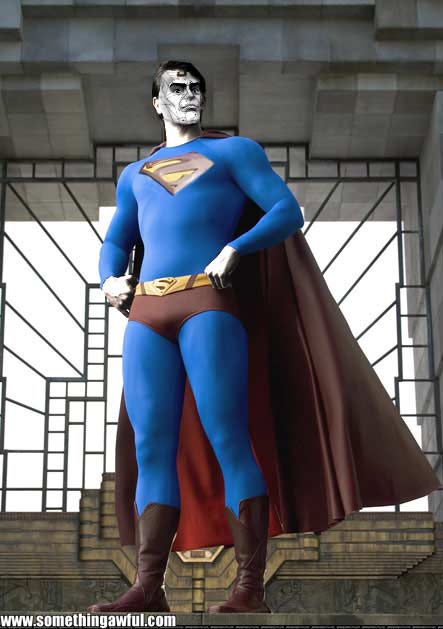 Unkempt made this lovely rendition of Red Son Superman. 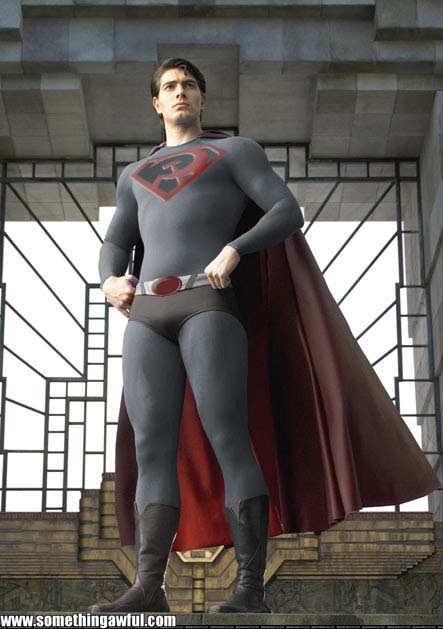