RICH PERRY IS OUT TIME TO RAISE SOME CAIN 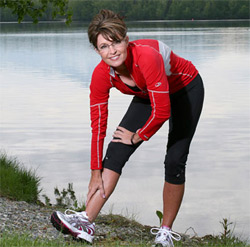 she may not be running for titles but she will keep running got to keep those raunch haunches tonedBad news that mrs. palin isn't going to deploy her full regimens into the Republican race, but I got my hands full covering these other people. You read my book? Read it and then add lactonic to the keywords on Amazon. Here's an excerpt:

"'My first time was awesome. I had ten orgasms. I'm glad I begged you to do it and this wasn't a sexual attack scenario' said Bristol. I put bristol in a head lock after we got done doing it and said 'yeah okay that was alright for the first time but you got to get better and be sure to blast some summers eve up there you got stank groove then we can talk you got my digits' I said and kicked her out of the tent to get me another rich and rare."

My book is like under a hundred dollars on Amazon. That seems pretty cheap. I don't know, the last time I bought a book it was Garfield Beefs Up at my school's book fair and I think that was about a hundred dollars.

Anyway, ladies and gentleman we have a broken arrow parameters here...Piper palin has gone rogue. With mrs. palin sitting this one out because she doesn't care about titles or diplomas or what have you it leaves her daughters free to pick sides. Piper is now the campaign manager I think for michele bachmann. This explains why in the last debate that old dude asked michele bachmann what she thought about economy or whatever and michele bachmann said 999? all I give a fuck about is 666 heil hitler.

Also got word from Mitch Romney's tweets that ratbags strategy is in effect which is vintage piper. It's where you creep up behind your enemy in a hallway and drop a laundry bag full of rats over their head and before they can do shit you cinch it up and tie it off. 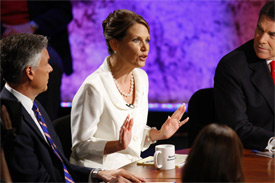 when a candidate starts rat bagging their opponents you know they brought in PP as an advisorYou can see when michele bachmann is staring at the camera or whatever she has that look like she has seen shit. Like realms of suffering. Like tween ghoul girls do conjurations and busting true voodoo spells on grown ass men to make their arms shrivel up into raisin jerky arms or steal the breath out of their babies in their cribs. I bet a hundred dollars in the next debate she says feed the flayer and tries to saltwhip somebody. Probably Gingrich that dude is into crazy scenes.

I been following this tour of dudes around for the republican campaign and mostly hanging with Rich Perry. Dude loves to get tore up he will be keeping the party going long after all the strippers are gone and the bros are on the ropes.

One time I did 18 hours straight of miracle gro (crystal + weed) with Perry and the dude just kept making spaghetti. Like he would make it and start hollering until his dudes brought him more boxes of spaghetti and he kept saying "This is how we make it in texas" and I looked at it and it was raw ground beef and spaghetti noodles. I don't know what happened after that but when I went to the bathroom there was a skull in the toilet.

He hasn't been doing too good and he's getting ready to cancel his campaign. He keeps trying to get me to play russian roulette with him which fuck that I did that once with Bodie and our friend Jerry. Fucked up. I don't remember exactly how that went down - there was a gunshot and Bodie who was way into it just kept telling Jerry he did real good and for some reason there was an eskimo yelling at us I think because we might have been hiding in his tractor barn and ever since then Jerry hasn't been allowed to drive and he is still in high school even though he's a year older than me.