An Avenger Appearing in the First Act, Must Use All of Their Powers by the Third Act

Remove everything that has no relevance to the story. If you say in the first chapter that there is a rifle hanging on the wall, in the second or third chapter it absolutely must go off. If it's not going to be fired, it shouldn't be hanging there. 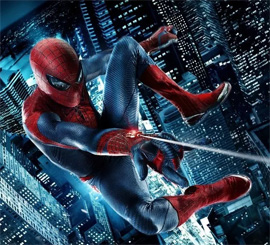 Yes, I wrote this, and it is as valid today as when I wrote it ages ago. Writing a movie is not so different from writing a play. As in a play, there should be no inessential elements, be they characters, magic hammers, or heli-carrier mini-gun turrets.
If I see Black Widow do a martial arts move in a dojo, I expect to see that move repeated later in the field.
If the author places a missile on a Quinjet, it is the author's responsibility that this Quinjet must fire this missile. For what other purpose does a Quinjet missile exist but to be fired?
The moment I read that Spider-Man was to be included in Avengers 3, I began to feel sick. With a probable running time of 3 hours and 5 minutes, there will not be sufficient narrative room for Spider-Man to use his Spidey Sense, make a web to catch an enemy, and fire his webs to swing between buildings. You can rest assured Hulk will smash, but will the Vision use his microwave eye beams and amplify them using the solar jewel? I find it hard to believe, which is simply sloppy writing.
That would be nothing new for the Marvel Cinematic Universe, which routinely features weapons and heroes that are never fully utilized as a part of the story. In the first Avengers movie alone I counted over 30 guns that appeared on screen and were not fired.
This did not improve by Age of Ultron, which featured dozens of Ultrons that never did much of anything. There is no valid reason to show a character standing around, ominously speaking, when it could be firing its eye beams, hand blasters, and flying through the sky. This is clearly implied by my gun rule. 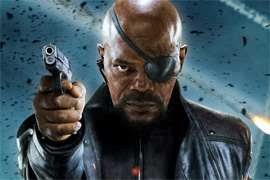 If I see Ant Man in the first act of any of these movies, he had better be controlling ants, not simply shrinking down, by the third act.
All of these offenses pale when compared to the egregiousness of the MCU's teases during the credits. Thanos is one of the most powerful beings in the universe and yet he has spent several movies sitting on a space toilet and grumbling at people. This is akin to featuring a gun on the wall in the first act and then later in the third act it is used to prop open a door.
At one point I used to care about things like narrative structure, about using dialogue to build a strong character, and my classic guns rule was very much a secondary concern. However, with the invention of the superhero, I am forced to consider that the characters themselves are guns and that dozens of them are appearing together in many movies.
Every superhero must be used fully or you have failed me, Anton Chekhov, the universe's most powerful playwright.