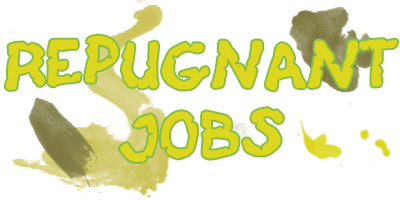 Mike Rowboat: Today we're going to one of the seediest, grossest jobs in the word. A career so filthy that the majority of the public pretends it does not exist at all. Of all the jobs I've had the displeasure to witness, nothing matches what we're going to see today. I'm terrified, horrified, and largely vaccinated in preparation of this trip. In fact, I'm currently wearing a hazmat suit just to get through this one day of work. That's right, today we're going to jump into the unclean orifice of the porn industry and talk with one of the stars on a shoot. Some come with me to this huge California mansion, and let's get started! 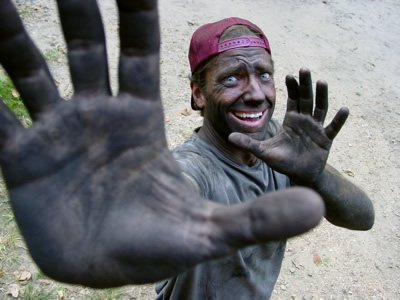 MR: So what are we going to partake in today? I've been working hard to desensitize myself, so you don't need to sugarcoat it.

PS: Just a typical shoot. Once the camera crew is all set, the director will come and we'll work through a list of positions and then we'll be done. Should be pretty quick. We're all busy here.

MR: And how do you choose what sort of filthy acts you'll do? Do you have a grotesque freak imagine the most deranged, unnatural perversions known to mankind? Or do you dream of the worst behaviors in society and then try to play them out in front of the camera?

PS: I don't think it's that complex. We just sort of see what's popular out there and then we do it.

MR: So you're saying that there's no central filthy hobbit coming up with these ideas?


PS: I mean, I don't know much about market research, but I don't think they're hobbits.


MR: Did you say something? I can't hear very much through this hazmat suit.

PS: Yeah, I wasn't going to say anything, but now that you mention it, what's with that outfit? We're in a huge mansion that we're renting from a millionaire. It's super clean here. It's also 90 degrees outside. But I just asked what risks?

MR: The risk to your health. Every time you appear on camera involves you having unprotected sex with strangers. If the chance for STDs are high for the average individual, then your participation in an industry that thrives on bodily fluid must put you as potential Patient: Zero for any number of diseases.

MR: Not your fault. Just a little surprised. I really thought we'd see some danger. Where's the action? Where's the excitement? When are we getting started?

PS: There's a ton of prep work that has to go on first. There's the camera crew and lighting and makeup and all that sort of stuff. The company just told me I have to update my W-2 this year, so that'll take a second. After all of that then the actual shoot is sort of the last bit.

MR: And then you start doing the freaky stuff?

PS: Not really. The shoot should be pretty interesting, but it isn't really that freaky. It's pretty much figured out, actually. There's a list of stuff we're going to be filming if you want to see it. I don't want to ruin this for you, but it's sort of a rushed business. We're just trying to get everything finished so that we can get to the next shoot.

MR: Oh really? Well if everything is supposed to be so normal then what's this behind the camera? A table of food? Is this the newest, grossest kink for your closing shot? How do you plan on using these turkey sandwiches for your debauched jollies?

PS: That's a snack table. And those are for the camera crew. We have to follow California labor laws.

MR: If you're trying to tell me that what I'm looking at isn't for some sick, depraved act then how are you going to explain the Miracle Whip on those sandwiches?

PS: Some people just like that more than mayo. It gives a unique zing.

MR: You people disgust me.