Been Longin' for Bin Laden 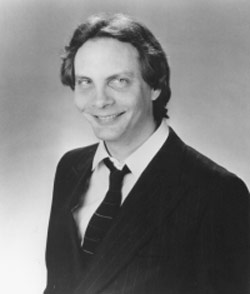 AHH! Don't creep up, Colmes! Lookin' like the Joker need iron supplements.What the fuck is up, playas? I know y'all been swinging around Nintendos and shit while I was away, but the good news is I am back. Radiatin' the Hateiation. Fully rested and prepped to lay down some megatons on this Bin Laden shit been scandalatin' up out of my man Wolf Blitzer.

Osama Bin Laden, crustiest pimp ever hit headlines, been incommunicado for too long. Sure, his posse sends out tapes like Al Jazeera a record label, but the CIA always puttin' kiboshes on that shit. They see the tape and they like, "What the fuck is this Tupac shit this is some recycled shit for a box set he's gonna put out or something?"

Then Hannity run with that shit. He get up on that zoo animal Colmes like he got un-retentioned from his cage somewhere and start laying it out old school mega burn style straight telling that bitch to his melty-ass face. Bin Laden loses cred like he dead over in Karbalas or some shit, Colmes go creepin' back to his lair, and everybody forget about that shit for like the next months or so.

Well, son, no. Nuh-uh, not this time. Bin Laden recognize the potentialities of the situation and like a bronze-balled hustla he deployed an advance team on that shit. Commando PR ops and shit. Got to build buzz 'fore that new tape drops.

In case you haven't been payin' attention to times and whatnot this is the Information Age. You want to roll with the big dogs you got to know how to distribute a press release and get you some copy writers. That's gospel shit, right there. Y'all focus group that shit, do what you gotta do, but you know I ain't lyin'. That's triple truth.

On top of that shit Bin Laden got himself some image consultants, update his look from like 1982 to like 1990 or some shit. So bein' as how I am a scintillatin analyst, I figured I should mobilize these indelible skills for some missions and shit on the new Bin Laden tape. Let you know if I'm feelin' his new look.

So first let's take a look at some old Bin Laden and how he was representin' in previous tapes he released. This first one I like to call Classic Bin Laden. This is the shit he's rockin' in like ten of his releases. 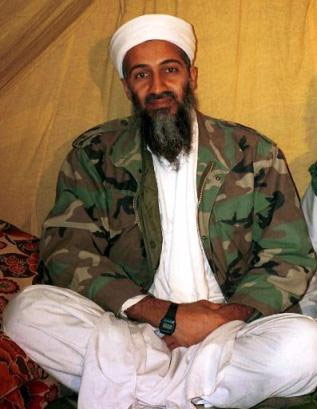 Straight up hustla, the camouflage shit is played out and it don't go with no white shirt. You look like some Vietnam vet workin' as a short order cook steppin' outside for a smoke break. I ain't goin' near the headgear on account of my email will start blowin' up with the ten million messages from the dumb Iraqistani readers start gettin' offended and shit.

I do give you props on that beard . There is that crusty ass pimp comin' out to play. You got to have a trademark when you pimp villain style and that devil beard is tight as hell. Then you go and ruin it all with that Casio watch shit. Can a nigga not read a clock? You get you a Fossil or some shit with digital shit that is cool but that gas station watch...shit, son, you might as well wear a shirt that say "I got hepatitis" the next time you go in a club.

I'm not even sure you wearin' pants. Look like you just woke up and wrapped a bed sheet around your legs. That's cool. I had them nights before.