Thanks to Sean McArdle for the amazing illustrations! 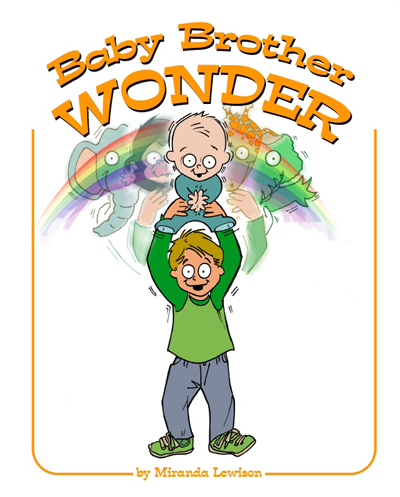 "I wanted to make a book that showed young children that their new baby brother or sister didn't have to be something for them to resent." So said Lewison, tearfully, from the witness stand at her trial. Baby Brother Wonder shares the story of Tommy, a five-year-old who learns that his new baby brother has a fun magical power: If you shake him, he turns into different animals. You can see where Lewison was trying to create sibling bonding, but the influence of her message resulted in the death of three infants, who all tragically perished when an older sibling accidentally shook them to death. Lewison was eventually acquitted of manslaughter, and she published another book, titled Don't Ever Shake Babies. This book was not successful either, but at least it resulted in no deaths.

The Big Book Of Shockingly Terrible Smells, by R.R. Dillon

R.R. Dillon's Terrible Smells executes its concept with complete success, and this is also its biggest flaw. This tall, hard-covered scratch-and-sniff book includes such odorous doozies as "Medical Waste Catastrophe," "Rotting Neighbor," and the climactic "Seven Kinds of Poop Mixed Together," which mixes "Bad Indian Food Poop" and "Post-Binge-Drinking Diarrhea." Each two-page spread features a stench so putrid the reader will instinctively drop the book in revulsion. And because once scratched the smells can't be unscratched, the combined fumes of all the pages make the book impossible to keep in your household. In fact, publisher Little Brown incurred several lawsuits from angry parents who said their homes required professional cleaning to rid themselves of the lingering funk. 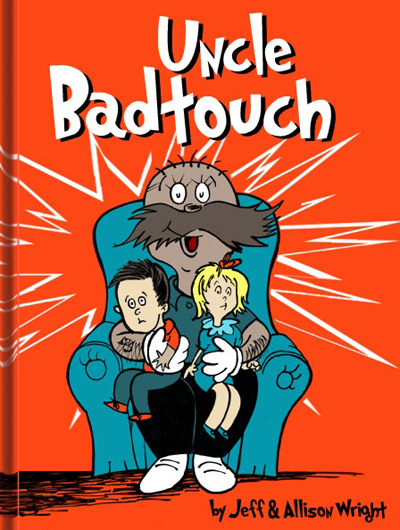 Intended to encourage children who have been sexually abused by a family member to come forward and say something (the book even features a diagram of the human body where readers are asked to color in all the places people have touched them), Uncle Badtouch had its heart in the right place. The book's great failing was making the drunken, perverted Uncle Badtouch utterly delightful. Parents rightfully worried that their children would now view potential molesters as fun-loving pranksters. Imagine the Cat In the Hat getting kids excited about a game called "Your Bathing Suit Area Needs Tickling Too." The Wrights didn't seem to learn from their mistake, given that their next two efforts were the equally cringe-worthy Everybody Masturbates and Grandmas and Grandpas Get Naked Too.

A photo-book starring Arthur Crawal himself as a Willy Wonka-like manchild who shows up at a playground in a brightly colored van and whisks away a group of excited children, Mystery Van frankly isn't half bad. It was fairly popular in Fresno, California, where Crawal lived and self-published the book. Of course, within a matter of weeks it became apparent to authorities that Crawal was driving around in the same brightly colored van from the book and whisking away excited children; only this magical adventure would leave debilitating mental and emotional scars. 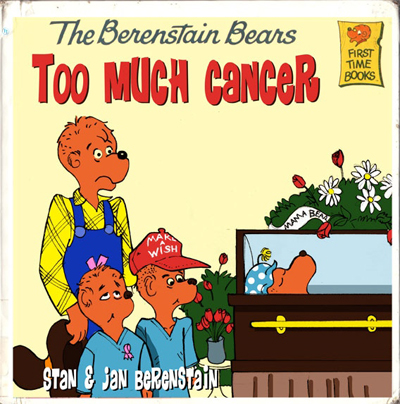 The Berenstain Bears: Too Much Cancer, by Stan and Jan Berenstain

By the mid-'80s, the Berenstains were feeling the creative fatigue of their bear namesakes, who first appeared in 1962. Like many authors before and after them, they had even grown bitter towards their creations, and they decided killing off the characters would be the easiest way out of the series. But having the entire bear family - Papa, Mama, Brother, Sister, and even little Honey - discover they had advanced and inoperable "bear super cancer" on the first page and then proceeding to depict the bears dying in visually horrifying, tumorous gooey agony for the remainder of the book ... well, it wasn't well received, to say the least. After Too Much Cancer was recalled by the publisher in less than a week, the Berenstains were scared straight. They promptly returned to the series, which continues to this day.

Handford's follow-up to his popular Where's Waldo series, now starring everybody's favorite Transcendentalist, was a complete flop. And it's easy to see why. Aside from the sizable setback of centering on a 19th-Century intellectual with whom surely no child is familiar, the book was handicapped by Handford's obsession with Transcendental philosophy. Meant to evoke Emerson's doctrine of "the infinitude of the private man," the book didn't even follow the classic Waldo structure; on every page Emerson was found thoughtfully engaging in nature ... completely alone. Minus the gimmick of busy, character-filled artwork, the titular question of Where's Ralph Waldo Emerson was rendered completely moot -- and, frankly, confusing to consumers.

Because Daddy Doesn't Love Us Anymore, by Judith L. Sebing

This book was pretty transparently aimed at bitter divorcées seeking tools to help demonize their ex-husbands in the eyes of their children. It was presented in a call-and-response style, with the left side of the book picturing an adorable little girl who asked a series of increasingly ridiculous questions ("Why did we have to move?" "Why can't I have a birthday party this year?" "Why can't we ever be happy again?"), and the right side featuring the same answer each time: "Because Daddy doesn't love us anymore." Interestingly enough, Sebing's ex-husband, Ronald Sebing, released his own children's book the following year titled Because Mommy Is an Icy and Demanding Bitch.