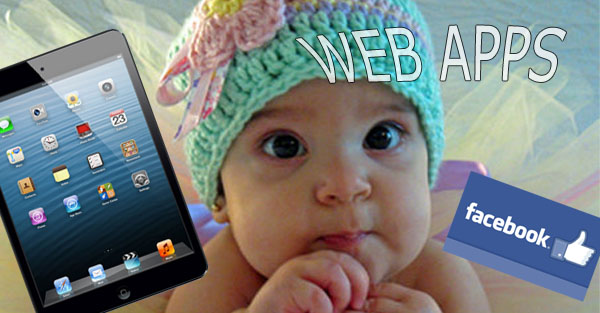 While columnists crow about shiftless Millennials and their obscene belief in society's debt to them, another generation has risen, with flabby hands wrapped firmly around the necks of their self-esteem addict parents. A demographic that spent its entire adult life MySpacing out on rock n' roll delusions is now breeding, bringing into the world creatures of pure sloth and dependence. And the blame can be placed directly on those soft, kissable heads we can't stop sniffing.

Go out into any public space and you'll likely see them, unashamedly clasped to a human breast, or staring vacantly into the sky with inexplicable smiles fixed to their cereal-encrusted faces. While the rest of the world rolls out of bed at 6:00 A.M. for an honest day's pay, these members of The Bottle Generation wake up whenever it suits them, and, despite their complete lack of income, eat only designer fruit and vegetable pastes out of unnecessarily tiny jars. But the decadence doesn't end there: every three months, you can find Bottlers going through entirely new wardrobes, because apparently those singlets branded with "Grandpa Hug Tester" can't stop going out of style. Brendan, I hope your idiot mother is reading this to you.

Hey Bottle Generation -- here's some advice. Try holding your own damn heads up for once, and maybe you'll see the value of hard work! Or did you think I disappeared from existence just because I walked behind something? Typical Bottler myopia.

Before you gain the ability to talk, I'll go ahead and throw this out there: I had it pretty bad, too. While you wail uncontrollably as your parents lower you into the lap of a bearded man who you believe will bring you presents simply for existing, try to think about what my generation has gone through. Think the world is ending just because your reluctant caregivers are late with one of your many "feedings?" I once went sixteen hours without eating, though, to be fair, I was fasting for some elective surgery. But that fifty-dollar copay! And while you fixate on some asinine, counting Muppet, I'm over here, sorting through my 401k paperwork so I can die alone and surrounded by golf. That property off of the fourth green isn't going to buy itself.

Just look around you, Bottlers, and you'll see a world offering nothing but protection for your coddled, little lives. Power outlets: covered. The sharp corners of coffee tables: filed down. Ravenous, child eating dogs: shot and buried. And I've seen just how much this sense of entitlement encourages you to be proactive -- if I see another whine-box with arms outstretched, crying "Up! Up!" I might have to work towards correcting this behavior myself. Maybe you'll figure out how to climb things when I unlock the child safety gate in front of the basement door. Oh, and pay attention to all of the spiders swarming around the bottom stair -- those insects are independent self-starters if I've ever seen them.

Pull out any device with a screen and you'll see how much the Bottle Generation values aimless pawing over actual human contact. Have you seen the intense stare of a Bottler as they fall under the spell of some damn alphabet cartoon? All of these programs about anthropomorphic letters have created the false expectation of a future where A's and M's live together in peace, rather than the war-torn hellscape Bottlers will no doubt face decades after I die. If you don't pick up basic knife combat as your motor skills are developing, you're only cheating yourselves.

You think that teddy bear hitting the floor is worth pitching a fit about? Well, Bottlers, let me put things in perspective: you were lucky enough to be born in 21st Century America, where you can grow late into your teenage years without being profitable to a single person. Imagine, being a Russian-born dog, shot into space, or one of the brave heroes aboard The Challenger, also shot into space -- do you have any idea how fortunate you are that the Space Age is over and our leaders no longer send living things to die lonely, weightless deaths in a remorseless void? Coincidentally, the two premises I mentioned also feature heavily into a few Quantum Leap spec scripts I've been holding onto in case anyone is interested.

So suck it up, Bottlers, because it could be worse. My advice: shut up and deal with it, because there's roughly 10,000 more of these editorials waiting to be written about your asses -- asses, I should add, that require far more attention, cream, and ointments than my own at age 63. When you get old enough to tell me "life's not fair," I'll have a fun story to tell you about the little ingrate who needed their food cut up for them for half a decade. Christ, I hope the universe swallows you whole.