Microsoft and Sony spent the last two years in a slapfight over whose unnecessary mid-generation console upgrade contains the most HDRs and 4Ks. Nintendo's response to this technological one-upsmanship: Awkwardly dumping a pile of cardboard on the ground with a shrug and saying, "You know, for kids!"

Nintendo Labo is a series of cardboard construction project kits that directly interact with the Switch. You build a goofy chunky thing and use your handheld video game thing to make it do things.

You can make a little house and perv on some birds: 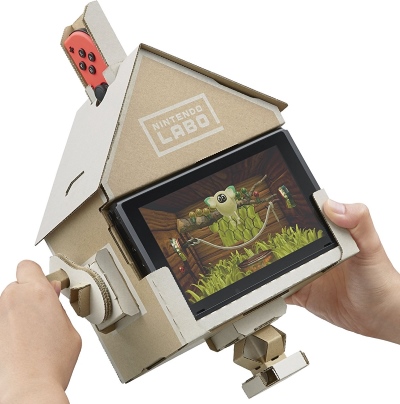 Or make a fishing pole and yank on some fish: 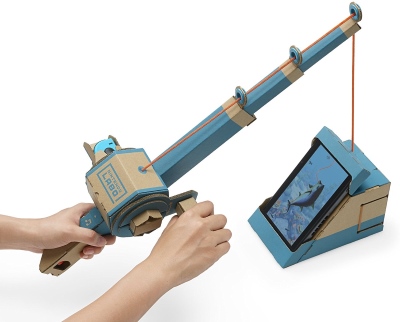 Or make a piano and... dislodge some plutonium rods(?): 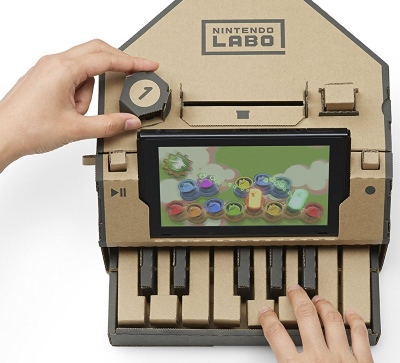 Or make a remote controlled bug and wonder why you're suddenly thinking about Katamari Damacy: 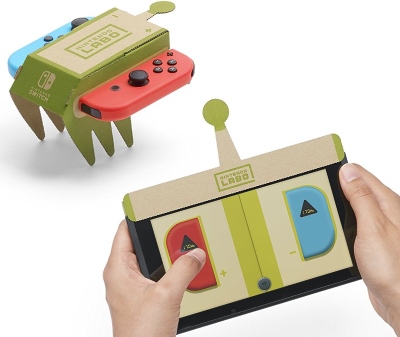 Or make a robot fighter outfit and achieve a 99% sockless synchronization rating: 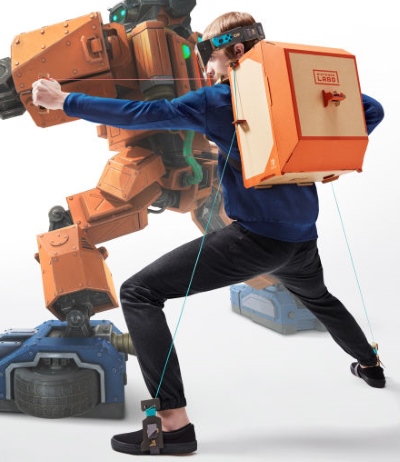 Cardboard. Seems like an odd material to base a product around, right? You might think it's less durable than plastic, and you're absolutely right. Players won't be able to use Labo inside of a running industrial shredder, as that could potentially damage the cardboard. Players who are accustomed to sitting in an open fire while playing video games will also be out of luck since cardboard is flammable.

How will such a severely restricted play area affect sales? Only time will tell.

Some people claim that the seventy-plus dollar price tag for a Labo is too high. If all you got was some cardboard, sure. But the software that comes with it (in the same packaging as a sixty dollar video game) is probably worth some impossible-to-guess amount of money. Also, the last time I checked a single Lego brick cost just over eighteen dollars.

Let's say Labo becomes the next Pokemon Go. People getting hit by cars left and right. A complete success. This will have a ripple effect on the entire video game industry, spawning all sorts of imitators.

The Sony Wonderbook 2 - This time it's made entirely of paper, an enchanting four hundred pages of magical text about short-haired women in their underwear written by David Cage

Xbox One Sheet of Fiberglass - Comes with no games, but this sheet of fiberglass is WAY stronger than cardboard and absolutely covered in ads

If It's A Complete Failure

Nintendo will put a cardboard fighter in the next Smash Bros. game as a joke character. Then comes a cardboard Amiibo, making millions of additional dollars.

Alternate Titles For This Update

Thinking Inside The Box