Subj: A HOT TIP FROM "CRIME ROVER"..AKA ME 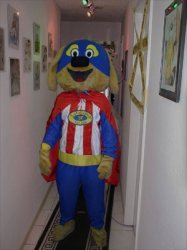 HELLO from your dear old dad aka this town's latest and hottest "CRIME ROVER"!!!!! Woof!!!! lets cut to the chase I met a man out in the town who saw my way of doing big hand and arm gestures when i tell a story and he said i would not get in trouble for expired tags if i agreed to join the police and volunteer and shatter peoples previous thoughts on safety tips like a huge owl busting through a priceless stained glass window or a rattlesnake busting into some tupperwear to eat. i think thats how the pamphlet explained it but i fell asleep during reading it so that might be some dream mixed in

They took me on Saturday to the County Fair and i was given a list of 8 or 9 lines to shout through my costume to people walking by. they lead me outside with the big head thing on and theres only a little part to see outward so i dont know much about my surroundings at this time but i hear a hawk or something screeching outside and i can tell there is something is going down in the animal kingdom 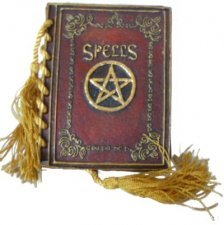 It was a pretty good Morning until this gross kid came up dressed in the whole ancient knight outfit with a huge brown book that he was reading spanish out of and then shouting Ice Blast and then let out steaming hot burps into my masks ear holes making me dry heave and gag. i pushed him and tried to chase him but he went into a huge public bathroom and i didnt feel like kicking in all the stall doors to find him so i waited outside and shouted taunts and cuss words into the bathroom for a long time. one time back in school this kid michael got his lunch behind me and there was some yellow jello with little chopped up fruit bits in it and he told the lunch lady "this looks like snots" and she very calmly hucked her spatula over our heads and across the cafeteria floor. Well that was how i was feeling. I never got the Hot Burper

A warlock guy tapped me on the shoulder while i was doing a cuss and said "Well Met, Dost Thou Know Anything About Me Rune?????" and he got down and looked around in the gravel for a rock, then picked it up and gave it to me "Well Verily Prince, Forsoothe And Hoobastank This Eve I'm A Rune Pro And Will Answer Questions About Runes For The Rest Of My Life Until I Die Please Ask Me Some More Questions About Runes." i tried to play along so i could get into his head about fire safety but i just wanted to go home and he said his beast had cancer and i was not having this conversation at all because the carnival corn dog smell was coming into my costume so i made puke noises inside my suit and shouted in my real voice "Argh, My Stomach" ran off behind some cars and watched for him to leave (it took a while) then i got some corn dogs since it was after lunch time 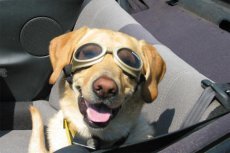 Talking about stop drop and roll so much got boring i would much rather have been doing STREET MAGIC because i picked up some tips of the trade. for example if you are about to invite a lady over, get a deck of cards before she comes and write "LOVE MAKIN" on a card and then call her up and say its time for a card game. when she gets there open the deck and pull out the cards and go hmmmmm??? (then flip the card over to her) and say "looks like LOVE MAKIN is in the cards...." and that's pretty much the fastest way to enchant a woman try it.

my childhood best friend wrote me a letter other day to tell me if you ever want to harm a bad pet in the neighborhood you are supposed to put some pellet gun pellets in a bowl and pee on them and let the pee ferment and get diseased and then shoot the cat with your rotten pee pellets and then it will get a horrible disease. i am about to write back and say "thats cool" because he went through all the trouble of writing me and explaining it and i didnt know how to tell him i dont care or know any bad pets because i choose my friends and pets wisely. sun
tzu the art of war