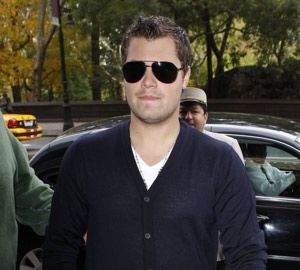 You gotta do what you gotta do when your little ninja turtle is fiendin' for the 'za.As part of my deal with the Sun'aq tribe of Kodiak for robbing their bingo with a paint ball gun I am required to do community service in support of native american communities.

I'm not proud of what I did robbing that bingo game but I had mouths to feed at home. If your kids needed Papa Johns you would do the exact same shit I did. Just don't threaten a service dog with a paintball gun because that adds to your sentence.

Anyway, I tried to volunteer at a rehab clinic up by Metlakatla but apparently the clinic doesn't like it when you try to fucking help people by showing them how to crush up pills so fine you can vape them. Sorrrrrry I tried to throw Ricky Wise Eagle down a k-hole so deep he would see the other side of his addiction to beers. It's totally my fault I went to the rez strip club and sold a bag of yayo to Dances With Laps because she has a baby now and needs to get off the firewater.

So after being threatened with additional sentences for selling drugs near a tribal school I promised never to visit the rez again in exchange for letting me do my community service on this computer shit. So now I gotta make good with the Indians by talking about shit that is important to them.

I got nothing against Indians. Like, they were here first, they just sucked at guns and they didn't have any fighter planes or whatever, but they adapted to that shit because some of the most gun-having motherfuckers I ever met were indians. Wayne Crow flies a water plane and carries around a shotgun and he sells meth so Indians are alright in my book is what I'm saying.

It seems pretty cool to me but this is racist as hell I am told.So I heard about this controversy with Redskins, which is the football team from Washington. The Indians are all mad because that name is like a derrogation to Indians which is like an insult you do after you spend centuries messing everything up for them and killing them all.

First of all, Redskins is stupid, because Indians are more like an orange brown sort of color. It's kind of like a clay or something. So call them clayskins, or claymates, I guess, but I just call them Indians because that's what they like to be called. They're usually cool if you just call them "chief" too. Why mess around with it? Be cool.

To prep up on Indian issues, I ate some DMT and Great Wendigo spoke to me about all Native American branding of American sports teams. He said because of the Redskins he is going to found a Lacrosse team called Rapist White Devils and see how the white devils like that. I was like no dude white people love it when you try to make fun of them for their race because they love being white. It's like making up an insult name for them and it all sounds like Worldmaster Pussygetters.

Alright, I sort of want to punch anyone I see with this logo on their clothes so I get it.His mossy antlers hung over my head and he looked at me with his black eyes and said, in a voice that shook my guts, "And are you fucking kidding me with Chief Wahoo, Cleveland? My heart is glad for the end of the white man's civilization in the burning crossroads of all possible futures. When all of mankind rides war ponies and lives as nomads in the last temperate zones of the north, when his iron and lightning fails him and he huddles under the wigwam and learns the way of the hunter, maybe then the white man will realize that he was bullshit. Everything about him. Fucking bullshit."

I tried to describe my vision to Billy Iron Eyes at the CVS but he said "what the fuck are you talking about homeboy, you're not an indian." I was just like, "I'm more indian than you Iron Eyes btw who flipped a fucking Bronco off a bridge on the rez and got shot at by tribal police when he was fifteen? Here's a hint. It was this white boy." Then he chased me out of the CVS whipping me with his belt.

Whatever. I passed out in my bathtub on a vision quest for eight hours I better get all of that shit counted as community service. I have like 600 more hours of community service so you'll probably be hearing a lot more about water issues on the tribal lands and addiction problems fueled by jurisdictional conflicts since those were the two brochures I picked up at the rez center.

I got a heist to plan to put pizzas in my family's mouths. I'm thinking of robbing this women's center and stealing all of their computers. I heard they just got their computers back so it should be an easy 200 bucks. That will feed my kids a lot of garlic dipping sauce.