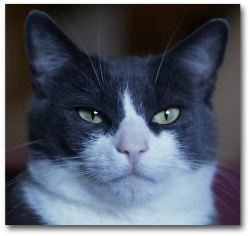 HELLO!!!!!! For the last several months I have been befriending several beasts of burden and I will describe them to you now. It's a former cockfighting ranch where the chickens go to retire after fighting to the death so many times, which is a tricky time, but now it's all for cats!! Thankfully there are lots of cats around as well, and they are all so angry all the time and such mean beasts. A man like myself cannot even walk among them without having his ankles bitten at or being chased around the parking lot. Truly these animals are without honor or resolve but I can tell you that they are beautiful creatures FOR INSTANCE:

ROY: The oldest cat and the angriest of all. ROY remembers when it was mainly chickens around the ranch and gets mad at anyone who is not a chicken.

PETE: The young buck of all the cats, a real wildcard when it comes to the catworld. I hate Pete if I can be entirely honest.

BETSY: Wow the real looker of the group. "What A Babe" is the word going around the cat areas. Personally I don't care for her too much but you might.

GRIBBO: The Bad Cat i hate him. wow what a bad cat. he is the scumbag of the cats.

TITO: Formerly the oldest cat and the one who is responsible for us putting all the signs out that say "OLD CAT THAT WANTS TO CHASE YOUR CAR. IF IT CHASES YOU JUST RUN FAST" because that's what Tito did. He died chasing a boat.

GUBBO: A bad cat with something to prove. He might be the same cat as GRIBBO. I don't like him. Meows VERY LOUD all the time. 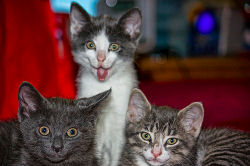 TIMBO: Know-Everything cat with a bad temper. Smells like a bunch of problems if yours truly has anything to say about it.

PROWLER: This was actually a man who got caught prowling around the school and not a cat. Please don't be like "PROWLER."

CRAB: Cat called CRAB because it walks sideways and will slice at your legs with its legs. NO GOOD.

FRANZ: The friendliest cat around and still won't even get near you.

STING: A good cat but there is a rumor that you can't even name a cat STING so I don't socialize with this cat. Don't want to get on the wrong side of the law.

I have to admit to you that if I live out all my days on the cat ranch it won't be enough. I love these cats and I might not go anywhere for a long time. It's my calling and especially some of the cats are calling me because it sounds like they scream my name when I take a nap sometimes. I love the cats and I'm not going anywhere. I've never said anything like this before but if I die, please bury me with several of these cats.