A History of Asinine Presidential Nicknames

As economic and social woes tear this country apart, our leaders are hard at work, thinking up childish nicknames to discredit their opponents. Recently, in the aftermath of two heartbreaking American massacres, Mitt Romney showed he could face the challenges of being the Commander-in-Chief by saying the word "Obamaloney" in public. But this trend didn't start recently; throughout history, other Presidents have earned similarly embarrassing nicknames, even in the absence of processed beef. Here are all of them. 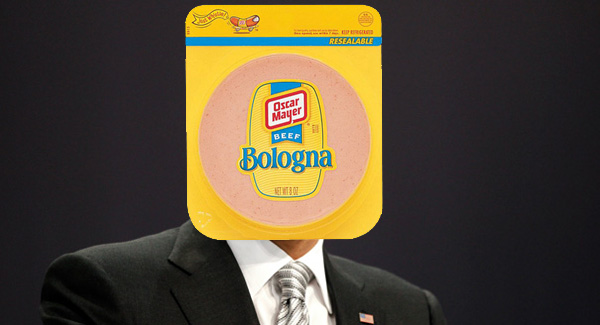 James Madison - James Sadison, coined by Madison himself in a desperate attempt to earn the American public's pity.

James Monroe - Once-is-Enough Jimmy, created by the Society Against Jameses.

John Quincy Adams - Barknose, for his wooden prosthesis used to cover up the debilitating effects of syphilis.

John Tyler - Lucky John, for killing William Henry Harrison and totally getting away with it.

James K. Polk - The Oregon Snail, for obsessing over The Oregon Trail and being the first American to engrave the words "Pepperoni and Cheese" on his tombstone.

Franklin Pierce - Old Unknowny, for being generally unknown, even during his presidency.

James Buchanan - Puke Cannon, due to his physical reaction to the Panic of 1857.

Abraham Lincoln - Frankenstein, as Mary Shelley based her famous book on his creation.

Ulysses S. Grant - Kinderbeard, for the candy and treats he would hide in his beard for visiting children.

Rutherford B. Hayes - The Hayesmaker, for allegedly delivering a similarly named wrestling move to Andrew Johnson during an open session of Congress.

James A. Garfield - The Monday Hater, though he never knew a Monday would literally kill him.

Chester A. Arthur - Demibeard, given to him by an anonymous party in favor of fuller beards.

Grover Cleveland - Crover Gleveland, an actual pseudonym he used to win the Presidency a second time.

Benjamin Harrison - Old No-Grandpa, for being the grandson of William Henry Harrison.

William McKinley - Little Billy Asschin, for having a chin butt you could dock a ship in.

Theodore Roosevelt - Teddy Bear, for the pet bear he would wrestle shirtless on the White House lawn.

William Howard Taft - Colosso, the name of his former role as the fat man in a traveling freak show.

Woodrow Wilson - Wardrow Nowar Warson, something about World War I but no one cares enough about it to remember.

Warren G. Harding - The Regulator, for his productive economic policies and knowledge of Nate Dogg.

Calvin Coolidge - Calvin Foolfudge, thanks to an infamous White House prank in which Charles W. Dawes replaced a satchel of the delicious chocolate treat with dog feces.

Herbert Hoover - Pikey, as tent-cities nationwide conspired to stick his head on a sharp, wooden pole.

Franklin D. Roosevelt - Old Lazybones, for his distinct preference of sitting over standing.

Harry S. Truman - Dewey Defeater '48, which would only grow less relevant with time.

Dwight D. Eisenhower - The Likemaster, due to his popular campaign slogan.

John F. Kennedy - Melonhead, thanks to his large, puffy face and soft skull that later exploded like a ripe melon.

Lyndon Johnson - The Kid Calculator, for keeping a running tab of how many kids he killed that day.

Richard Nixon - Fuckstick Shithead, for being that.

Gerald Ford - Tripsy, for making America fall in love with Chevy Chase for the first time.

Jimmy Carter - Mr. Peanut, for having a skin texture very much like the famous legume.

Ronald Reagan - The Gipper, because he often thought he was a football player living in the year 1920.

George Bush - The Grisly Grandpa, for his tendency to share gruesome and dehumanizing stories about The War.

William Jefferson Clinton - Slick Willie, for his participation in the early years of the Puppetry of the Penis stage show.

Barack Obama - Obamaloney, which you shouldn't really say if your first name rhymes with "shit."