The long lost classic of the spy genre, now presented here in two stunning parts! This is part 1! Not this, but the text right below this!!

Chapter 1: Remembrance of Evil Plots Past

I'm a secret agent. Or I was. There's not much secret about my life anymore, which is why I can tell you about it. There's a word for working spies who tell spy stories. There's also a death penalty for it. Anyway, awhile ago I told the story of how I became friends with the evil doctor who used to be my arch-rival. You can read it if you want, but the main thing you have to know is that both Dr. Petrubia and I are way past our prime.

The first time I met Dr. Petrubia he forced me at gunpoint to put on a cat costume and then threw me into a pit full of robots that had been programmed to think they were dogs. The second time I met him, he hung me on a giant dartboard and played darts using a modified bazooka. The third time I met him, he was actually a deadly android copy of himself that he was manipulating via remote control. 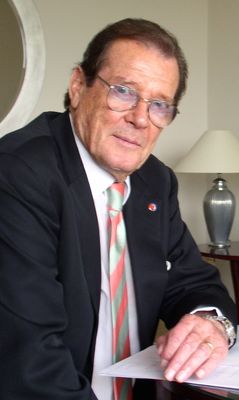 Now he was asking me whether I wanted mayonnaise on the turkey sandwich he was making me for lunch.

"You want mayo on this?" he asked, and then plopped a whole glob of the stuff on the bread without waiting for my answer.

"Hahahahaha" he laughed, evilly, and then stuck the plate in front of me. We were eating together at a small table in his kitchen.

"Oh well, it's not like I use my tux for anything important anymore," I said. "Thanks Dr. Petrubia."

He sat down and flipped open a paper. Its headline read: SUPER SPY BRENT WOODLY DEFEATS EVIL MASTERMIND DR. ZARKANONOVAKO IN DEADLY GAME OF LASER CHESS. Beneath it was a big picture of Agent Woodly smiling for the camera.

"God, I've never even heard of that guy," I said. "Used to be my successes made the headlines. I even had my own line of action figures until a couple kids swallowed the detachable umbrella-jet and choked to death. Now the agency hasn't even called me in three months."

The doctor fiddled around with the potato chips on his blue paper plate.

"You think you have it bad," he said. "People used to fear me. Now neighborhood kids let air out of my tires almost every day. I yell that I'll hang them over a cliff on a rope made from woven fish guts and then release a flock of ravenous seagulls, but they just laugh and throw things at me."

He shook his head, and let a handful of chips drop back on the plate..

"You know, I came up with a plan awhile ago," he said, "A good one. Better than any I've had in years. And I need your help."

"What are you talking about?" I asked.