A Special Two-Part Event: "The Secret Agent Who Is Old and Does Stuff" Part 2

I was gasping for breath, my hip was killing me, and there was no way I would be able to get close enough to stop the squashing of the White House. This would not go down as one of my best days. 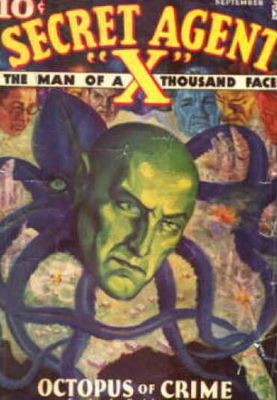 I wished I had some sort of useful gadget to combat the bestial shoe, like a pen that disables all electrical items in the area when it writes a certain word, or a giant robotic bare foot, or even a magnetic tie that would pull me into a range where I could at least be something other than a distant spectator. But I had nothing.

The boot abruptly stopped, only a couple yards from the White House doors. The entire thing began to shake violently, and steam poured from various vents and exhaust pipes. Red hot blades popped out of hidden compartments all over the boot, and a glowing ray gun appeared on top. It also seemed to grow in size, now towering over everything around it. Its transformation complete, it lifted off the ground and prepared for the final smash.

I pressed the button on my worthless umbrella-jet over and over, but it managed nothing more than a few weak twitches. The only thing I could do was watch the boot fall.

Except it didn't. It was descending rapidly, sprouting new appendages and missile launchers and electric blades with laser appurtenances that hummed viciously, and then it was yanked backwards, skipping across the lawn towards me and leaving long scorch marks in the grass. I turned to see a young man in an expensive tuxedo holding a fishing rod that he was using to reel the giant robotic boot towards us. He flashed me a grin. His teeth were straight and white and perfect.

"Looks just like a regular fishing rod," he said, "but with this baby, the really big fish don't get away either." He laughed. It was superstar secret agent Brent Woodly. I was too tired to feel anything but grateful that he had arrived, although not too tired to notice that he still couldn't come up with an even half-way decent pithy one-liner. A secret agent without pithy one-liners might as well be a glorified policeman who's a little hush-hush about his job. Pathetic.

"Dr. Petrubia really pulled it off, didn't he?" I said. That asshole Woodly (When I was young, my teeth were twice as white as his. I should start using those whitening strips. I'd have to remember to grab those on the way home) looked a little confused.

"Petrubia?" he said. "No. Turns out he was just faking. Got a call from Dr. Zarkanonovako. This is one of his. A spur of the moment thing, or else he would have given me a little more notice so I could arrange things with my publicist. Now I'll have to take care of it before there's a chance for some photo ops."

He dragged the robo-boot into the middle of the lawn, and then dropped the fishing rod and adjusted his tie.

"Let's 'snow' this guy what we've got," he said, then ran over to a rocket powered snow-mobile he had waiting nearby. 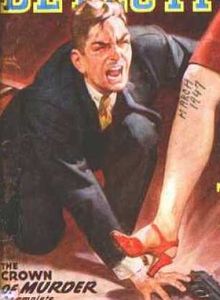 "You've got to be kidding me," I said, as I watched him blast the snowmobile into a ramp and use its runners to perfectly cut the one critical wiring on the boot that immediately shut it down completely. The guy was even stealing my moves. I sighed and trudged back to my car. At least it was nice to know that Dr. Petrubia hadn't betrayed me after all. I sat for awhile before driving off, listening to public radio to calm me down.

"'Snow' this guy what we got." That's about as pithy as flipping your arch-nemesis off and grunting. Seems like the secret agency will take just about anybody these days.

Dr. Petrubia was making me another turkey sandwich. He seemed deflated, tired. I noticed the remnants of his fake control room stacked out in the front yard, waiting for trash day.

He put the sandwich in front of me, poured himself a cup of orange juice, and flipped open the paper. The headline read: BRAVE SECRET AGENT BRENT WOODLY SAVES PRESIDENT FROM ZARKANONOVAKO'S ROBOTIC SHOE PLOT. Next to it was a picture of Woodly fighting the boot. Clearly he had waited around for his publicist to arrive and then had staged a few photos with the already defeated and completely deactivated robot.

Petrubia considered the headline for a long time, then he looked up at me and smiled.

"I think, for the first time, I'm ok with being washed-up," he said.

"It is so, so much less stressful," I said. I took a bite out of the sandwich. "Oh Goddamnit, did you put mayonnaise on it again?"

The doctor threw back his head and let out a long evil laugh. When he was done, he turned the page of the paper and said "I'll make you another if you want."