I arrived for basically training with the other sorta soldiers, our inner tubes depositing us roughly near the camp-like facility. Some inner tubes passed the dock, drifting down the river and over the horizon, their passengers and the officers ashore shrugging at one another.

At around three-ish a spectacularly loud trumpet began a song, trailed off, then hesitantly played a few random notes. We took that as our cue to form up in something that roughly resembled a line.

Our drill sergeant appeared. His boots were mostly laced. Almost all of his buttons were fastened. He had made some attempt to brush the enormous flakes of dandruff off his shoulders. Several groans went up in the crowd. This guy was going to be a real tight ass.

We dropped to the ground. Some of us simply sat indian-style, elbows on knees and hands on cheeks, eyes rolling. Most lay flat and perfectly still. A few actually completed a shaky push-up, lifting their chests off the ground by almost an inch.

"Uniforms?" The drill sergeant was inspecting a bit of slime that he had dug out of the corner of an infected eye.

Several minutes later, a low-flying cargo plane passed overhead blaring some supremely shitty bass music. The back hatch was open, a crate perched at the end of the ramp. Behind the crate, a sorta soldier looked at us blankly.

The plane lazily continued on its way. After a few minutes, it turned around. This time the young man pushed the crate out of the back with a sigh. The crate plummeted towards us. No parachute had been attached.

We were still sprawled out on the ground after the push up ordeal. A handful of us thought to get up and move out of the way. Some started to get up, found the effort to be too much, then sat back down.

"Uniforms." The drill sergeant nodded, ambling back to his RV. Kinda Commander Bannon surveyed the enemy from atop his Segway, the price tag on his baseball cap majestically flapping in the morning breeze. 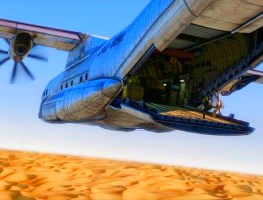 We had to attack today. Our rations of fruity marhsmallowy cereal were nearly depleted. Our forces were meandering at an increasing rate. Sure, we had more than three quarters of a million troops, but a significant portion of our left flank had wandered into a cluster of the enemy and comingled. Extricating our men would be impossible, since both sides had the exact same uniform.

With that, the battle was on.

Both sides began moving, more or less pointed toward one another. Only a hundred yards had separated us. We were uncomfortably close before the first of us remembered our guns.

They were still packaged. Continuing their casual pace, men muttered, chewed, and pulled at thick clear plastic. Amazingly, one sorta soldier on the other side managed to free his gun. As he fiddled with it, the gun went off. A man to my left dropped, clutching his throat. The enemy sorta soldier's eyes widened. He pushed the weapon into the reluctant arms of the man next to him, then shoved his hands in his pockets and whistled innocently.

Within moments, both sides met. People bumped into one another. There were shouts of complaint. One man stumbled and fell on top of another, the sorta soldier on the bottom shrieking as his keys bit into his hip.

Pretty much no one had opened their gun. A half-hearted struggle broke out as one sorta soldier produced a pair of safety scissors to open his gun and an enemy grabbed at the tool, poking him in the armpit.

There was some light shoving. One man deliberately tripped another. Somewhere in the commotion a hand reached out and flicked a sorta soldier's earlobe.

I saw a good friend fall to the ground, his eyes rolling up into his head. Someone had stepped backwards and accidentally collided their elbow with his. I knew a funny bone injury when I saw it. Bile rose up in the back of my throat.

A pug ran through the throng, excitedly yapping. In between inspired attempts to catch his own tail, he reared up on his back legs and placed his front paws on random sorta soldier's legs. Hardly anyone reached down to scratch his ears. No one paid attention to him when he laid on his back and implored the world to give him a belly rub. It was madness.

Amazingly, the crowd seemed to grow thin. Neither side had slowed down. Our forces had collided, pushed on, and were now coming out the other side. I turned back and watched the enemy continue on their way, meeting the eyes of a man who had thought to do the same.

In that moment I realized that we probably weren't so very different. We might have even been friends. Instead, we had met on this hellish battlefield. Neither of us would ever be the same.

The two of us nodded toward one another, then continued walking.