A few years back, the Goons threw their full support behind revolutionary politician Ron Paul. Site founder Rich "Lowtax" Kyanka even released an official endorsement video! These days, though, you won't see many SA posters advocating Paul's presidency, because they became disillusioned after seeing how few of his promises he kept after taking office. But now there's a Goon-approved candidate who's going to use the power of good ideas to change things for the better, for real this time! So far Forums members have raised more than $5,000 for the Sanders campaign via donation-per-post pledges, and now they're using their Photoshop skills on Sanders propaganda! 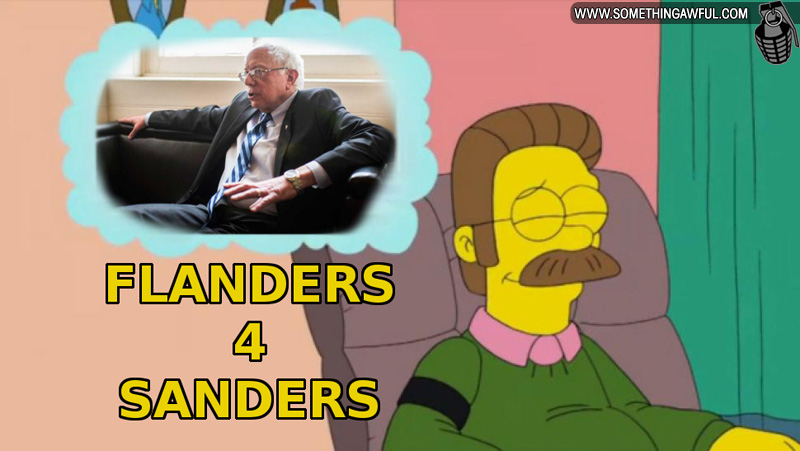 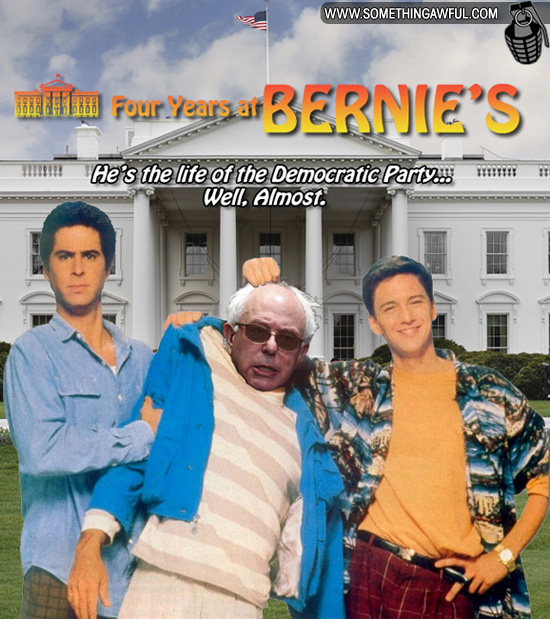 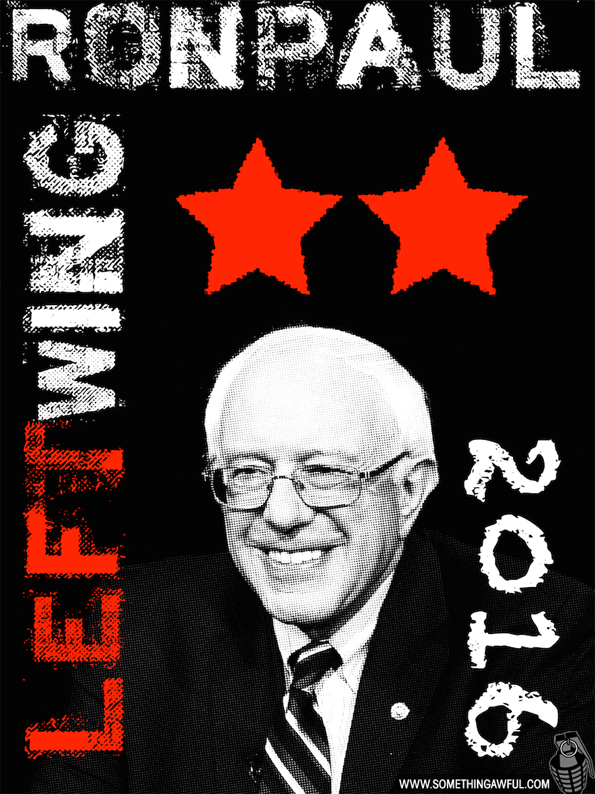 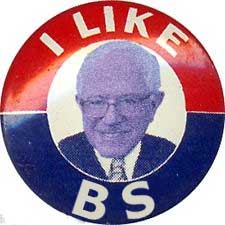